National The Smithsonian Castle Needs a Major Renovation, But the Popular Museums Keep Getting the Cash
National 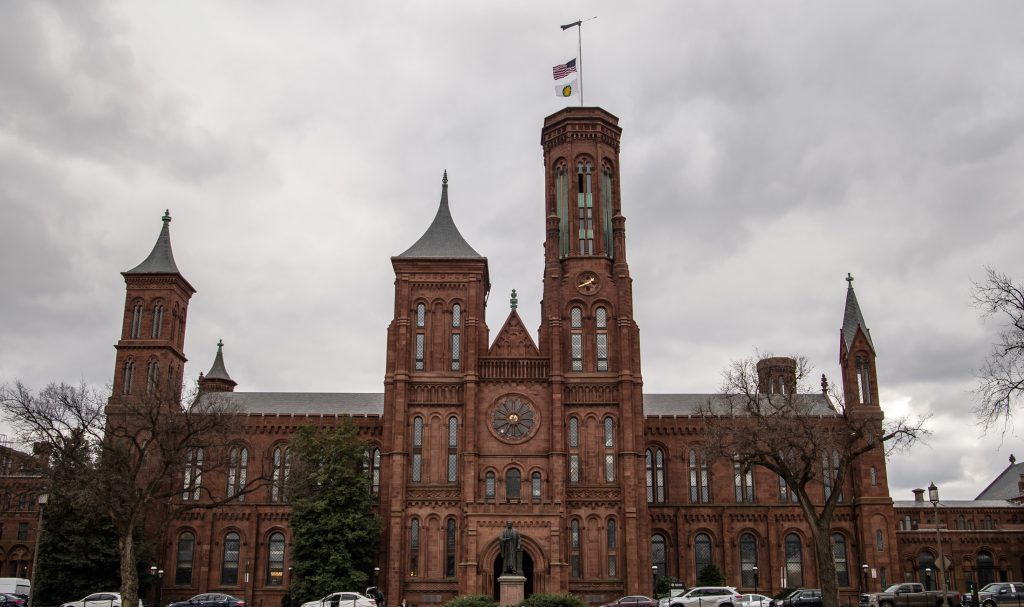 When it was completed in 1855, the Smithsonian Institution’s Castle represented the grand ambitions of a revolutionary education organization. With its library, lecture halls, laboratories and exhibition spaces, the James Renwick-designed building on the southern side of the National Mall welcomed both ordinary Americans and educated researchers.

For the rest of the 19th century, the red sandstone Castle — known as such for its ornate stonework and towers — was not only the Smithsonian’s first building, but also a physical representation of the broad range of its activities: hands-on learning, museum conservation, art and science exhibits and educational seminars.

“It’s the original building, and it’s what most people think of when they think of the Smithsonian,” says Albert Horvath, the Smithsonian’s undersecretary for finance and administration.

The Castle was a jewel in its heyday, but it has been falling into disrepair for years and is now mainly an office building, providing space for about 200 employees. A leaky roof and porous exterior have led to widespread water damage. Last year, there was an electrical fire; the year before that, stones fell off its exterior. And this fall, an outbreak of mold — not the first — forced the evacuation of more than 30 employees.

Preservationists blame the museum’s leaders, saying they long have neglected the National Historic Landmark. Smithsonian documents show that the Castle’s restoration has been considered for almost 20 years.

“They are not museum people, they are university people and they don’t care about keeping the buildings up,” says James M. Goode, former curator of the Castle and author of six books on Washington architecture. “The Castle is the icon of the institution. It should be the primary focus, and it is falling apart.”

Its long-delayed renovation represents the ongoing tension within the world’s largest museum system to balance preservation with modernization, says Elsa Santoyo, an independent consultant who has worked with the Smithsonian on many renovations.

“They keep documenting, but somehow when it comes to allocating the resources, (the Castle) keeps getting back-burnered,” she says. “The groundwork is there. They need to address it and stop thinking about it.”

Smithsonian officials say they recognize the building’s physical and symbolic importance and have kept up with repairs as best they can considering their limited budget and maintenance backlog. The institution has 13 million square feet to maintain, and its leaders, forced to prioritize, put visitor needs first, renovating such popular attractions as the National Museum of Natural History’s soon-to-reopen Fossil Hall, the National Portrait Gallery’s presidential portraits and just about the entire National Museum of American History.

Congress has awarded about $248 million of the $700 million for that seven-year project to replace the museum’s mechanical systems and stone exterior, while Smithsonian officials have pledged to raise $250 million in private donations to update the exhibition galleries.

Meanwhile, at the Castle, stopgap repairs are almost nonstop, employees say. Permanent “swing space” has been set aside to house displaced workers as different sections are fixed. The employees displaced by this fall’s mold outbreak are in rented space near L’Enfant Plaza, and it’s uncertain whether they will return.

Derek Ross, deputy director of the Smithsonian’s construction division, says many of the problems are common in old buildings that weren’t designed as office space. The especially wet summer and fall overwhelmed the antiquated air conditioning systems, he says, and overall ventilation is hampered by partitioned interiors.

Ross says the institution has been relentless in addressing the long-standing problems. Windows and air conditioning units have been replaced, he says, and next year, repairs to the exterior stonework will be completed. The plan, Ross says, is to buy time to “give the Castle more longevity” until a full renovation can begin.

Critics and preservationists wonder whether that time will ever arrive. They are tired of excuses and just want the institution — which has preservation as a core value — to commit to fixing its crown jewel.

“This is a seminal building in the history of America,” says Richard Guy Wilson, an architectural historian at the University of Virginia. “It was built right there on the Mall, in one of the most public spaces of this country, and it helped to show from an architectural point of view the diversity of who we are, and what we have been and how we see ourselves.”

To witness its decline, he adds, “is so distressing. It’s one of the most valuable things in their entire collection.”