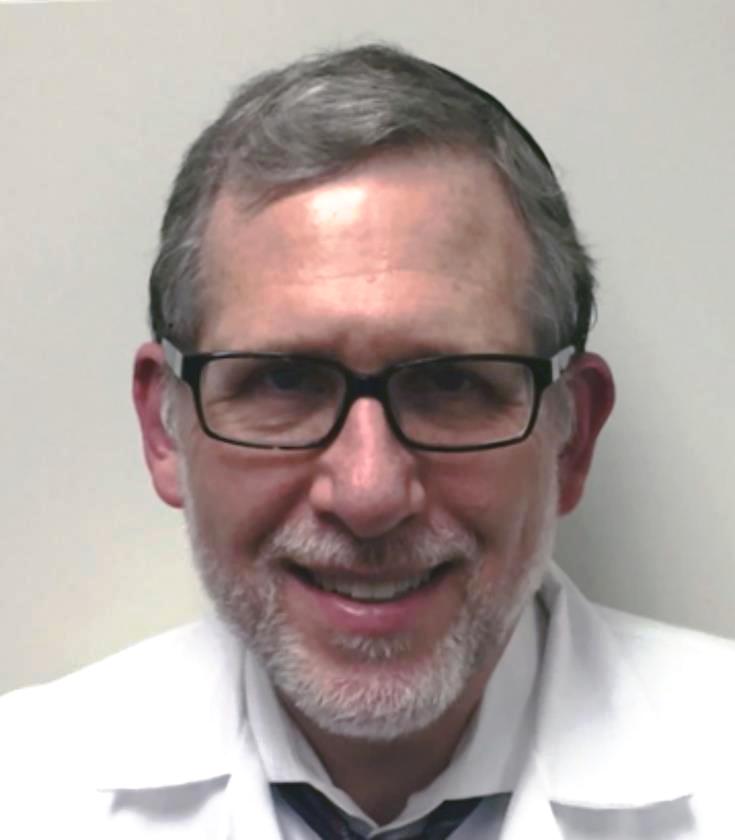 Dr. Friedman grew up on the West Side of Manhattan. His father, ybl”c, is Dr. Ira Friedman, also a well-known surgeon. His great-grandfather was Reb Issamar Friedman, the legendary “Shabbos Friedman,” named for his mesirus nefesh to preserve the sanctity of Shabbos in America.

The Friedmans were close with the Bobover Rebbe, Harav Shlomo Halberstam, zy”a. Newly arrived from Europe, having lost virtually everything in the Holocaust, the Rebbe “had a dream, his purpose in life, to build up what Hitler had destroyed,” says Rebbetzin Esther Horowitz, a daughter of the Rebbe. “But my father didn’t have two nickels to rub together,” says another daughter, Rebbetzin Nechama Tauber.

The Friedman family had a connection with the Halberstam family — Rebbetzin Halberstam was a Shinever einikel, and one of Shabbos Friedman’s children had married a Shinever Chassid.

The Friedmans were inspired by the Rebbe, his dynamic personality, and the responsibility he felt to re-establish Bobov in America. Seeing the Rebbe’s financial plight — “There were times that the electricity was shut off in their home, which also housed the yeshivah,” says Rebbetzin Tauber — the Friedman family donated money, sought donations from others and held dinners.

“The Friedman family was instrumental in helping my father re-establish Bobov in America,” says Rebbetzin Tauber.

After medical school, “Richie,” as he was known, served residency in several places before settling with, tbl”c, his wife, Cheryl, on the Lower East Side of Manhattan. He became an active Hatzolah member, “ES 72,” — a call number he kept even after moving to Cedarhurst just over a decade ago — and eventually rose to the position of medical director of Hatzolah of the entire New York City, as well as Rockland County, in addition to his full-time medical practice at Beth Israel hospital, and full-time “job” as an all-purpose baal chessed.

“There wasn’t a better person than Richie,” says Chaim Lazar, coordinator of Lower East Side Hatzolah and a close friend of Dr. Friedman’s. “When my mother, a”h, was diagnosed with the machalah, I called him for advice. I will never forget it. He wasn’t in his office yet that day; he was still home in Cedarhurst. I told him I got X-rays of my mother. He said, ‘I am coming to Manhattan right now, meet me at the hospital; I will get a radiologist to look at it.’ When I got to hospital, a radiologist was already there waiting for me.

“Anyone who called him at any time, whether late at night, whenever, he was there. He never brushed anyone off … He showed you the greatest respect.”

Despite his numerous medical and chessed obligations, Dr. Friedman “was a very devoted father to his children,” says Eliezer Cohen, a Cedarhurst neighbor. “There was nothing he wouldn’t do for them. He never missed a PTA conference no matter how busy he was.”

At the levayah, Rabbi Yaakov Bender – Rosh Yeshivah of Darchei Torah, which Dr. Friedman’s boys attended – said that a Rebbi once told him that when Dr. Friedman came to PTA, the Rebbi said, ‘Dr. Friedman, you look exhausted.’ Dr. Friedman replied, ‘I just came from surgery and I am going back to Manhattan for surgery. But the chinuch of my children is so important — how can I miss the PTA conference?”

Several years ago, Mr. Cohen fell down the steps in the subway, and his arms and legs became paralyzed. “The first person I called was Dr. Friedman,” says Mr. Cohen. “He ran to the hospital to see me. He said he would call the head of neurology at the hospital.” Dr. Friedman consulted with the neurology department on Mr. Cohen’s course of treatment; baruch Hashem, he has fully recovered.

Dr. Friedman remained close with the Bobover and many other Rebbes, including the Lubavitcher Rebbe, zt”l, and, shlita, the current Bobover Rebbe, the Toldos Aharon Rebbe, and the Satmar Rebbe Harav Zalman Leib Teitelbaum.

After Dr. Friedman had had four daughters, the Bobover Rebbe, Reb Shlomo, told Dr. Friedman that if he started wearing a shtreimel, he would have a son. He did and he did.

When the Satmar Rebbe Rav Zalman Leib was taking a trip to Europe to visit kevarim, he asked Dr Friedman to come along. On the trip, the Rebbetzin was stricken with appendicitis. Baruch Hashem, Dr. Friedman was there and was able to perform emergency surgery at a local hospital.

When the Bobover Rebbe, zy”a, became gravely ill, “Richie was frantic,” recalls Rebbetzin Horowitz. “He was in the ICU every other day, even staying over Shabbos. It was like his own father.”

Dr. Friedman, whose mother passed away several months ago, is survived by, ybl”c, his father, Dr. Ira Friedman; his wife, Cheryl; their six daughters and two sons; and a sister, Joanne.