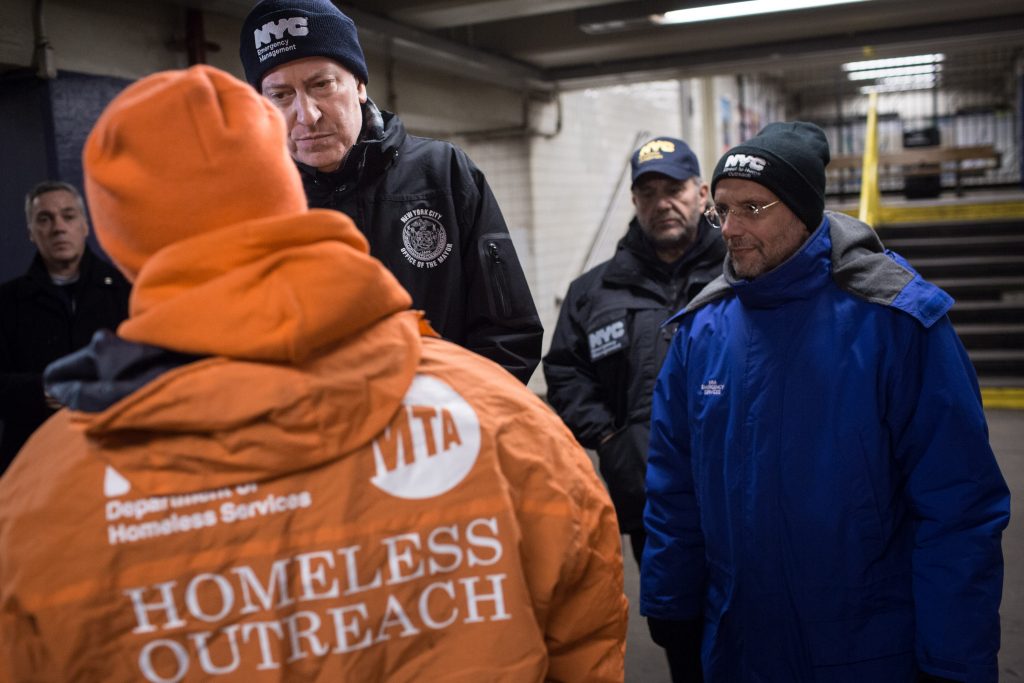 New York City’s emergency management chief remained on the job Monday, despite his reported firing over his handling of a recent snowstorm, and the mayor wouldn’t answer questions about his status until late in the day when he released a statement saying Joe Esposito will stay on the job until a replacement is found.

“We have started the process of leadership change at New York City Emergency Management,” Mayor Bill de Blasio said in a statement late Monday. “Commissioner Joe Esposito will continue to lead OEM as we conduct a national search for his successor.”

The mayor thanked Esposito for his “significant contributions to our city’s safety” and said they look forward to “exploring additional opportunities” for him to remain in the administration.

Earlier, multiple news reports citing anonymous sources said Esposito was fired by a deputy mayor on Friday over the city’s response to an unexpectedly slippery storm Nov. 15 that halted buses, paralyzed roads across the metropolitan area and led to a rush-hour pileup that closed a level of the George Washington Bridge.

If he was axed, though, Esposito didn’t show it. A spokesman for the Office of Emergency Management said Esposito was in the office working Monday afternoon.

The mayor said he wouldn’t answer questions about Esposito’s status, rushing out of City Hall as his security detail blocked reporters from following him.

De Blasio canceled a weekly appearance on a local public affairs show as reports of Esposito’s ouster swirled. Asked about the commissioner’s status Monday afternoon, De Blasio told NY1, “We’ll talk to you later on.” Later, Esposito declined to comment after emerging from a meeting with the mayor.

Spokesmen for the mayor and the New York Police Department, which provides the security detail, didn’t immediately respond to emails.

Meanwhile, Councilman Chaim Deutsch released a letter signed by 28 council members that called on the mayor not to fire Esposito. The letter said “Esposito has done an outstanding job” and they are “shocked and dismayed that media reports indicate that Commissioner Esposito is to be ousted as a scapegoat.”

New York City’s emergency management commissioner is in charge of coordinating planning and response to all sorts of emergencies, from natural disasters to terrorism.

Esposito was out of town, on vacation, when the city’s first substantial snow fell on Nov. 15. Some drivers spent the night in their cars on a jammed Bronx highway and some schoolchildren were stuck on buses for up to five hours, with the last one getting home at 3 a.m. Friday.

Public officials did no better keeping the streets clear in Westchester County or northern New Jersey, where students slept in one school overnight when their buses couldn’t get through.

De Blasio, a Democrat, said forecasts had led city officials to expect just an inch of snow, meaning that city buses weren’t equipped with snow chains and salters weren’t out treating the roads ahead of the storm.

He pledged a full review of the city’s response.

Council Speaker Corey Johnson noted that the mayor’s office hadn’t blamed Esposito after the storm or at a subsequent council hearing.

“While there were clearly MAJOR issues as it related to the snow storm — I’m a little shocked that Esposito is being fired,” he tweeted. “I hope this isn’t true. Esposito is one of the competent folks in City government.”