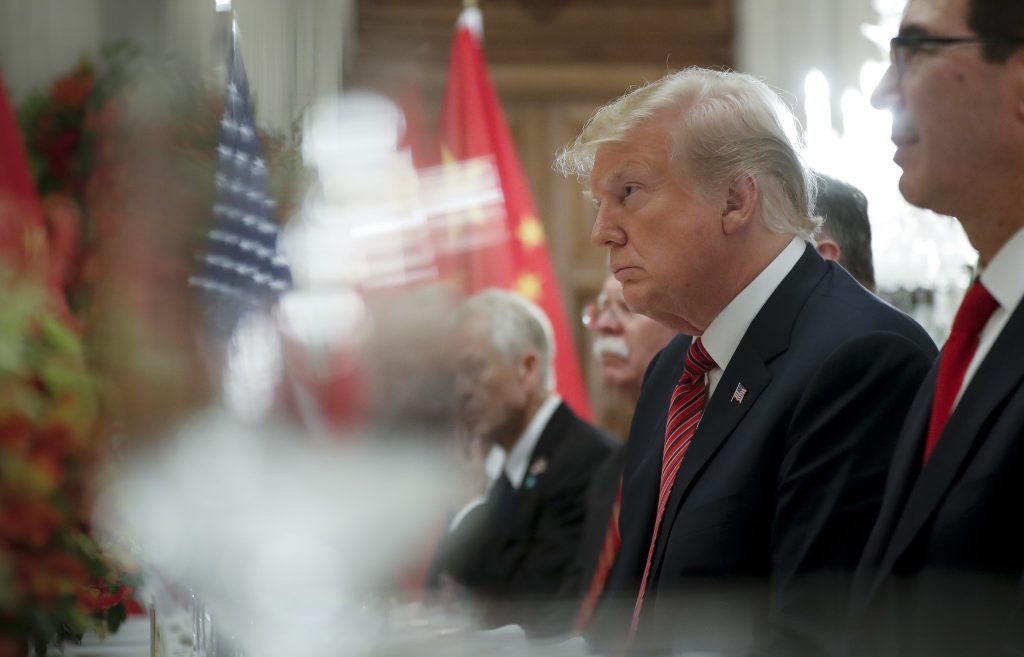 President Donald Trump on Monday said U.S.-China relations had taken a big step forward over the weekend after he and Chinese President Xi Jinping agreed to hold off on new tariffs, and urged Beijing to finalize a trade deal with Washington.

“My meeting in Argentina with President Xi of China was an extraordinary one. Relations with China have taken a BIG leap forward! Very good things will happen. We are dealing from great strength, but China likewise has much to gain if and when a deal is completed. Level the field!” Trump tweeted.

“I am certain that, at some time in the future, President Xi and I, together with President Putin of Russia, will start talking about a meaningful halt to what has become a major and uncontrollable Arms Race,” Trump added.

In an interview with CNBC on Monday, Treasury Secretary Steven Mnuchin said that President Trump will lead trade negotiations with China along with several of his Cabinet officials.

Mnuchin also said the weekend trade truce between Trump and Chinese President Xi Jinping was a breakthrough moment between the two countries, with a clear commitment from China that there would be a “real agreement” that addresses U.S. concerns.