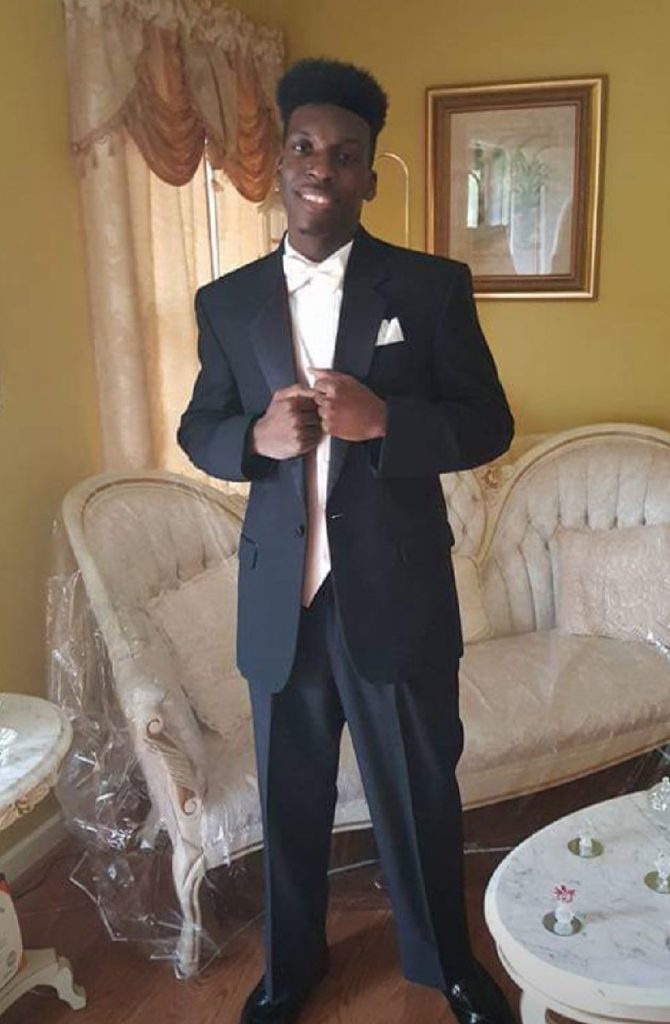 A forensic examination shows a black man was shot three times in his back when an Alabama police officer mistook him for the shooter after gunfire erupted at a crowded shopping mall, the man’s family said Monday.

The results are “devastating” to the family of Emantic “EJ” Bradford Jr., their lawyer, Ben Crump, said at an emotional news conference.

Emantic Bradford Sr. angrily jabbed his finger at the TV cameras as he addressed the unnamed officer, saying “you’re a coward!”

The officer in the Birmingham suburb of Hoover should be charged with homicide, Bradford said, “because this is murder.”

Jackson said the authorities’ refusal to release video evidence smacks of a cover-up.

Police in Hoover reiterated Monday that they won’t release officer video or other evidence about the Thanksgiving night killing until the state investigation is complete. They released a letter from state investigators expressing concern that the investigation could be jeopardized or hindered if information is released.

Crump said the forensic pathologist hired by the family determined Bradford was struck by one gunshot that entered the rear of his skull, another that hit the back of his neck and a third that penetrated his lower back. Crump said any of the three shots could have killed the 21-year-old.

Police initially described Bradford as the mall gunman, and called the officer a hero for his swift response. Then they said Bradford wasn’t the initial shooter. Bradford pulled out his handgun in response to the initial gunfire, and the city and police said that action increased the threat level for responding officers.