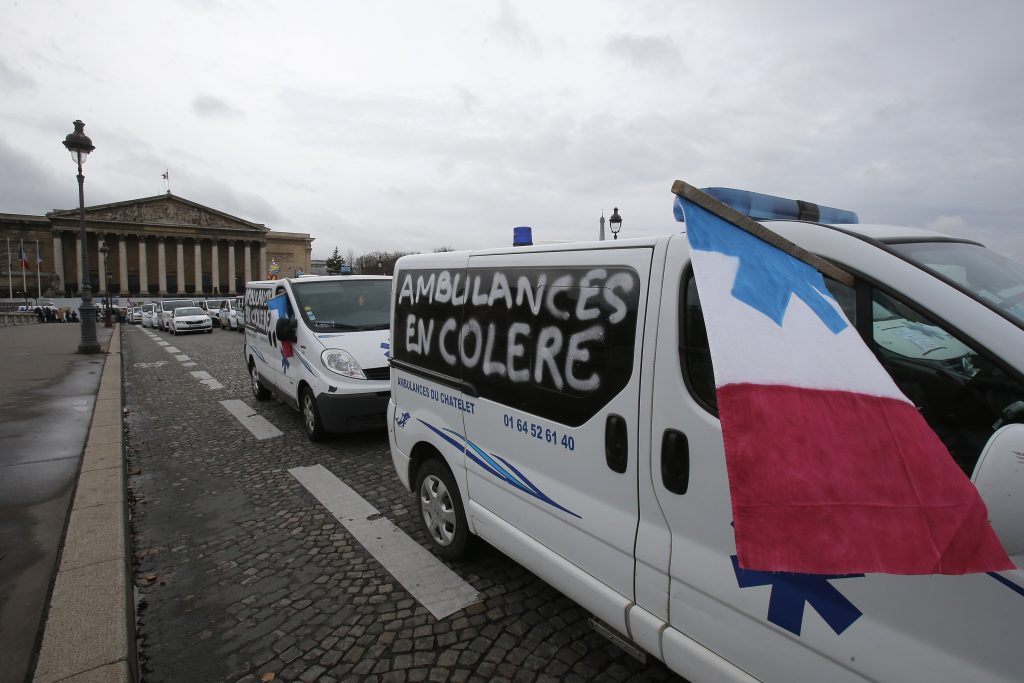 More than 100 people were injured in the French capital and 412 have been arrested over the weekend during France’s worst urban riot in years, with dozens of cars torched.

President Emmanuel Macron, just back from the Group of 20 summit in Argentina, held an emergency meeting on security with Philippe on Sunday and the government hasn’t ruled out the possibility of imposing a state of emergency.

It was the third straight weekend of clashes in Paris. The protests began last month with motorists upset over a fuel tax hike and have grown to encompass a range of complaints that Macron’s government doesn’t care about the problems of ordinary people.

Philippe and Macron are facing criticism from rivals across the political spectrum over their handling of the crisis.

Socialist leader Olivier Faure urged Philippe to drop the tax hikes and to restore a wealth tax that was slashed by the centrist government.

“We want a change in the method,” Faure said.

More antigovernment protests took place on Monday as ambulance workers took to the streets and gathered close to the National Assembly in downtown Paris to complain about changes to working conditions. Protesters set tires on fire and blocked traffic as an activist held a board reading “The State killed me” and others chanted “Macron Resign!”

The yellow vest movement is bringing together people from across the political spectrum complaining about economic inequalities and waning spending power.

Since the movement kicked off on Nov. 17, three people have been killed and hundreds injured in clashes or accidents stemming from the protests. Over the past three weeks, protesters have been setting up road blockades across the country and their movement has garnered widespread public support despite the violence.

Protesters haven’t planned to stop their action and Philippe will try to defuse tensions this week. Philippe’s press office said in a statement that he will speak with representatives from the yellow vests on Tuesday and that members of the National Assembly will hold talks on the crisis later this week.