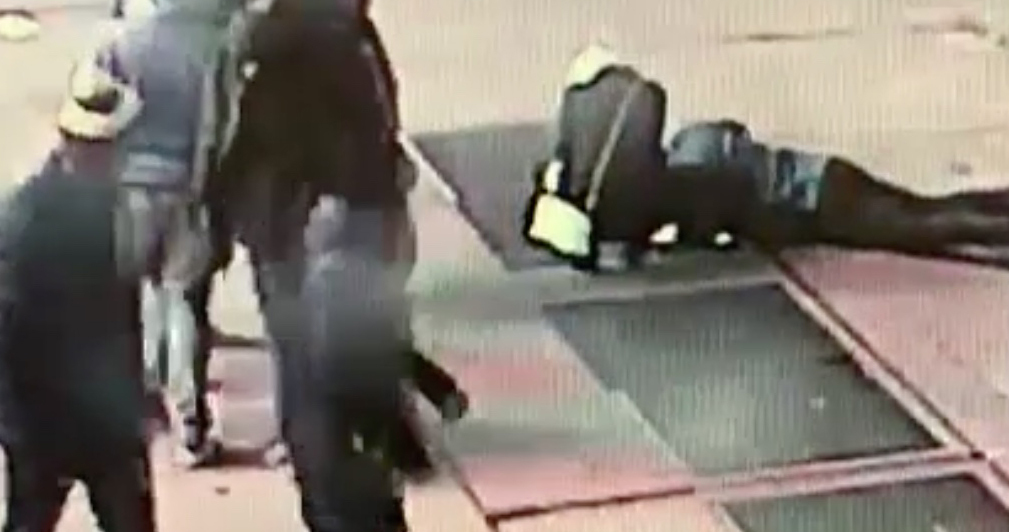 Who says the British are reserved? A couple who lost an engagement ring down a Times Square utility grate, returning home thinking it was gone forever, are effusive in their praise for the New York City police officers who found it in the muck 8 feet under.

“I cannot thank you enough, although I will try,” Englishman John Drennan said in a tweet directed at the New York police Sunday. “A few cold beers when we come back to NYC! We are completely overwhelmed and you will definitely get a mention at our wedding!”

The NYPD had been looking for Drennan and his fiancé, Daniella Anthony, since they retrieved the ring Saturday morning. He proposed to her in Central Park and she said it slipped off her finger and fell into the Times Square grate late Friday night.

“I was devastated,” Anthony told The New York Times. “I was literally crying. It was the worst moment of my life.”

They asked for help, but police officers were initially unsuccessful at getting the ring out and the couple left for England without leaving their names or contact information. Drennan even bought a second ring shortly after arriving at the airport.

Meanwhile, NYPD officers continued their search, and on Saturday morning they finally located the ring about 8 feet underground.

“Fortunately, it was actually kind of sitting on top of all of that stuff, so it really wasn’t hard to find. It was just a small object like that in the midst of all the garbage,” said Det. Joseph Bucchignano, the officer who spotted the ring.

In an effort to identify the anonymous couple, the NYPD put out a video message on social media showing them searching for the ring before police had arrived. Drennan is seen on his stomach peering through the grate.

Drennan told the newspaper that they had planned to keep the lost ring a secret, but a friend forwarded him the police Twitter message. Drennan then called New York police on Sunday.