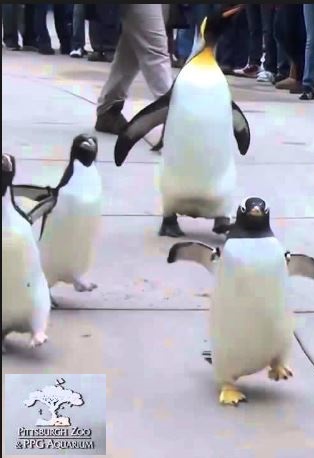 Unseasonably mild temperatures are stopping penguins from parading around the Pittsburgh Zoo and PPG Aquarium as planned.

The zoo’s “Penguins on Parade” event usually kicks off each year at the start of December. But temperatures in the area reached into the mid-50s on Saturday and were expected to hit the mid-60s on Sunday, so officials delayed the launch until Dec. 8.

The zoo’s website says temperatures must hover below 45 degrees to be safe for the penguins.

The penguins decide how long they will walk outside or play in the snow near their home during the event, which officials say could last anywhere from 10 to 30 minutes.

The event is usually held each weekend through February.