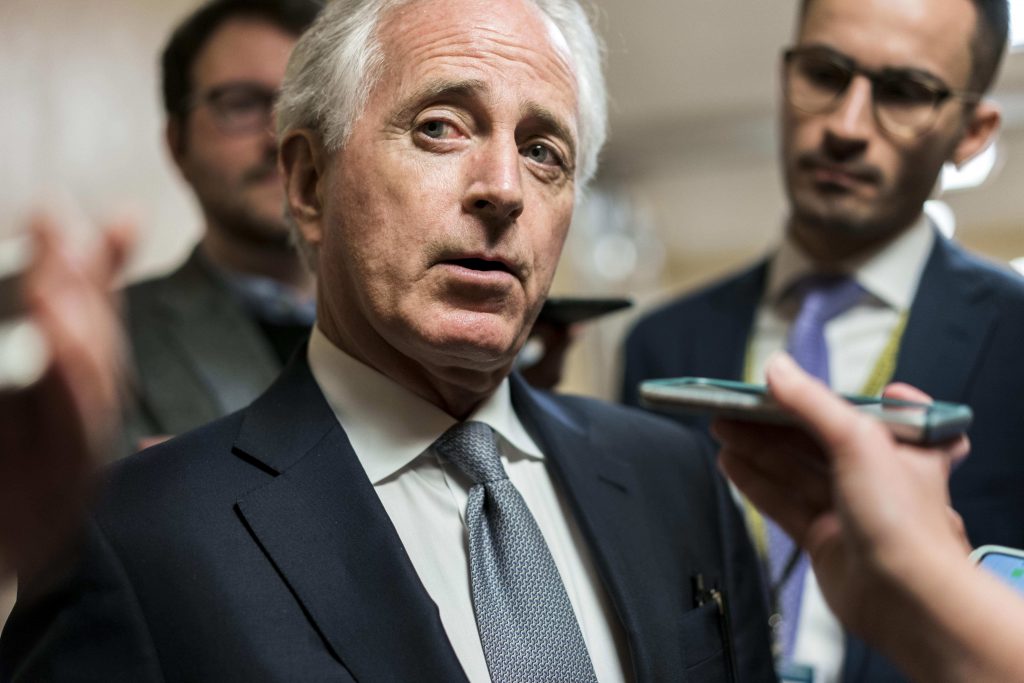 Some of President Donald Trump’s loudest Republican critics are asserting themselves during their final weeks in Congress, as the GOP prepares to usher in a new class of lawmakers poised to show stronger support for the White House.

One defiant Republican is seeking to protect the special counsel investigation into Russia’s interference in the 2016 election, another wants to toughen U.S. policy toward Saudi Arabia and a third is warning that embracing Mr. Trump is perilous for the future of the Republican Party.

The moves amount to a last gasp from a wing of the GOP that has been unable to steer the party away from Mr. Trump during the first two years of his presidency and will see its ranks diminished in the next Congress. The shifting dynamic reflects Mr. Trump’s dominance in the party and the marginalization of dissenting voices, even after a disappointing midterm election in which Democrats won back the House.

“This is the president’s party now. It really is. I don’t think you can read it any other way,” said Sen. Jeff Flake, R-Ariz., who is retiring and has frequently voiced concerns about Trump.

But first, he is trying to use his remaining time in office to press for a vote on a bill to protect special counsel Robert Mueller III from being fired by refusing to support Mr. Trump’s judicial nominees until he gets one.

The strategy, which Flake said in an interview was prompted by Jeff Sessions being forced out as attorney general, has irked some Republican senators.

“Has it given Jeff leverage? Sure. Does he have a right to do it? Yes. Do I agree with him? No,” said Sen. John Neely Kennedy, R-La.

In speeches, media interviews and a book, Flake has strongly condemned the president’s style and he has decried the political tribalism that he says has become widespread during Mr. Trump’s leadership. But Flake’s comments have left most Republican lawmakers unmoved.

“I think one politician complaining about another does very little,” said Sen. Lindsey Graham, R-S.C., a former critic of Mr. Trump who has been transformed into one of the president’s most enthusiastic allies.

Flake said embracing Mr. Trump after his 2016 win would have been the “path to re-election, but I couldn’t do it.” He added, “Whether I accomplish anything or not by my opposition to some of his policies and some of his behavior … I just couldn’t do that.”

The senator said he hasn’t ruled out running against Mr. Trump in 2020.

“I know where New Hampshire is. I’ve been there a few times,” Flake said with a chuckle, naming a crucial early nominating state.

“I never thought I’d see the day a White House would moonlight as a public relations firm for the Crown Prince of Saudi Arabia,” Corker tweeted in response to a Trump statement last month.

Corker was one of just 14 Republican senators who voted to move forward with a resolution to end U.S. military support for the Saudi-led war in Yemen. He said he is working on a potential substitute measure to express “what we’d like to see happen to Saudi Arabia in general.” He has also pressed the administration to consider tougher sanctions against the kingdom.

The Tennessee senator who last year accused Mr. Trump of “debasing” the country with his “untruths” and “name-calling,” said in a brief interview that he did not relish going after the president and pointed out that he has also worked with the administration. “I don’t enjoy, by the way, being critical,” said Corker.

The departures of Flake and Corker are among several factors that will shift the dynamic in the Senate next year. Republicans expanded their majority to 53-47 over Democrats in the midterms, thanks to wins by stalwart Trump backers such as Kevin Cramer in North Dakota and Josh Hawley in Missouri.

Corker’s replacement in the Senate will be Rep. Marsha Blackburn, a staunch Trump ally who launched her campaign with a video declaring herself “politically incorrect and proud of it.” Sen. James E. Risch, R-Idaho, who has been supportive of Mr. Trump, is positioned to succeed Corker at the helm of the Foreign Relations panel.

Flake’s exit will remove an obstacle for Senate Republican leaders on the Judiciary Committee, which is tasked with processing the president’s nominees to the federal bench. The new chairman of the committee is likely to be Graham.

The electoral contours of 2020 are expected to prompt Republican senators to keep relations warm with the president. Senate Majority Leader Mitch McConnell, R-Ky., and his top deputy, Sen. John Cornyn, R-Texas, are both up for re-election in states the president is an early favorite to win.

The risks of crossing Mr. Trump are in plain sight. He has aggressively targeted his GOP critics. “I retired him. I’m very proud of it. I did the country a great service,” Mr. Trump said of Flake the day after the election. He has mocked Corker on Twitter as “Liddle’ Bob Corker.”

The threat of a Trump-backed primary challenger also looms over Republicans inclined to call out the president publicly. Rep. Mark Sanford, R-S.C., experienced this in June when he was defeated by Katie Arrington, a state legislator Mr. Trump endorsed hours before the polls closed.

Sanford is spending his final days in Congress warning that turning the GOP over to Mr. Trump could lead to the party spending a long time in the House minority as it abandons its principles in favor of pleasing a base of voters deeply committed to the president.

When Arrington lost to Democrat Joe Cunningham in the general election, Sanford quickly drew attention to the upset in his conservative district. He labeled it a “wake-up call” for the GOP and urged Republicans to step away from Mr. Trump in a New York Times op-ed the week after the election.

“I continue to believe that the Trump phenomenon is a temporary phenomenon,” Sanford said an interview. But he added, “I wouldn’t have guessed it would last as long as it has.”

Asked what he felt he accomplished by taking on Mr. Trump, Sanford replied, “Not that much; I lost.” Like Flake, he said he felt it was the right thing to do given his issue with Mr. Trump’s behavior and policies.

“It’s my belief that where he’s taking our party is in a dangerous direction, both in electoral consequence, which we saw with the midterms, and, more significantly, with regard to the conservative movement,” said Sanford.

Democrats gained at least 39 House seats in the midterms, as Republican candidates fared poorly in many purple districts where the unpopularity of the president and the GOP brand dragged them down.

The Republicans who won will mostly represent conservative districts where the president is well-regarded. House Republicans picked Rep. Kevin McCarthy, R-Calif., who is friendly with Mr. Trump, to lead them next year.

Even before the election, the ranks of House Republicans criticizing Mr. Trump started thinning. Charlie Dent of Pennsylvania, one of the most vocal Republican Trump critics in the House, resigned his seat earlier this year.

Some Republican activists who do not like Mr. Trump have expressed frustration at his enduring command in the party. Fergus Cullen, a former New Hampshire Republican Party chairman, said he was hopeful that Trump critics like himself would be on the right side of history, but that “history is moving really slowly right now.”

It’s unclear who, if anyone, will emerge as the leader of the Republican resistance to Mr. Trump next year on Capitol Hill. Sens. Ben Sasse, R-Neb., and Tim Scott, R-S.C., and Rep. Will Hurd, R-Texas, have spoken out when they have disagreed with the president. Flake said he believes Sen.-elect Mitt Romney of Utah will be willing to call out the president when he thinks he is wrong.

But Romney has not been as sharply critical of Mr. Trump as he once was. And the political risks of developing a reputation for challenging the president are as acute as ever.

“I’m still hoping the party is going to come back to its senses one day, but I don’t see it happening in the near term,” said Cullen.