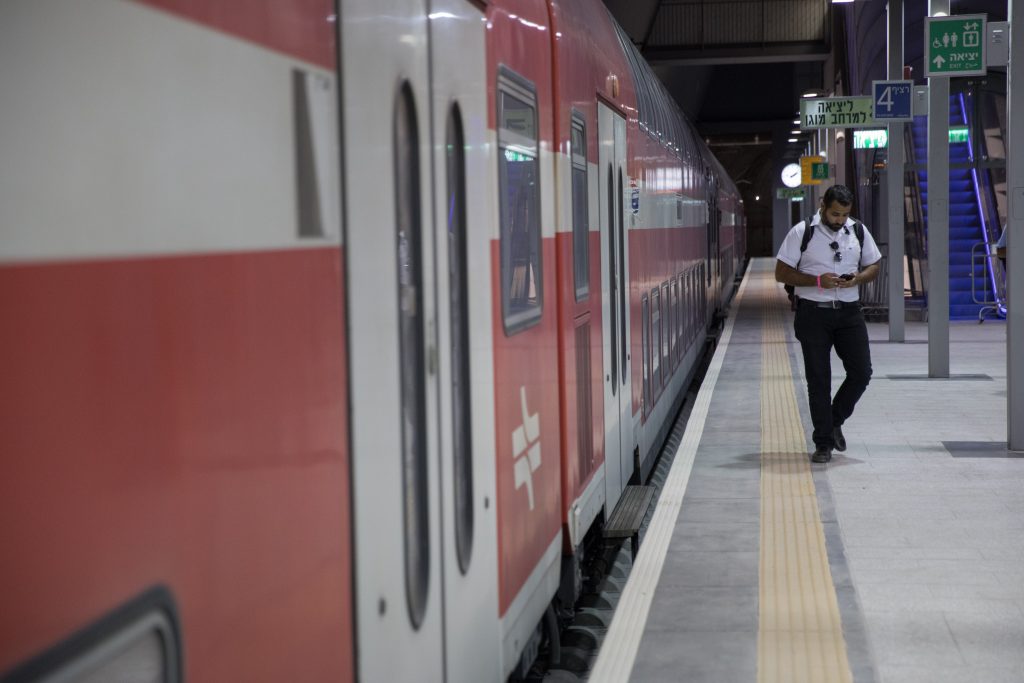 Safety standards on the new Yerushalayim-Tel Aviv high-speed train line were called into question on Sunday, this time by three former senior workers, one of whom characterized it as a “dangerous experiment in human lives.”

They told Channel 10 that they had been fired for speaking out about serious flaws in the construction of the railway line, which has already experienced several breakdowns and delays in its first weeks of service.

Eran Zafoli, who was a foreman for Semi, the Spanish company involved in the construction of the line, stated that he “was told to shut up: ‘You’ll see stuff, don’t talk.'”

The admonition came after Zafoli called his superiors’ attention to various problems, including lack of proper brakes and conductors who lacked licenses. He said that one train carrying hundreds of passengers came within inches of crashing into a work vehicle which had mistakenly moved onto the tracks.

Victor Udarov, a safety supervisor with experience laying tracks in
Russia, stated that some of the equipment for laying the electricity lines were in appalling condition.

Regarding the people building the line: “There’s nobody qualified and professional. That’s why I’m afraid to take this train; I saw how it was built,” he said of the numerous safety violations he witnessed.

Shai Waksman, who worked for Israeli company Baran, warned that “there is no electricity according to the plan; there is improvised electricity.”

“It’s all completely haphazard, just to gain favor [with the public],” he said, accusing Prime Minister Netanyahu and Transportation Minister Yisrael Katz for pushing the project before it was ready.

Waksman stated that under Israeli law, the electrified tracks had to be tested for radiation, but no testing was carried out. He wrote a letter noting the safety violations to the Prime Minister’s office, but received no answer.

“They let it slide somehow,” he said. “It’s a scandal for a national project. Nobody is willing to listen. What’s being done on these tracks, with all the mishaps, is an experiment with human lives.”

Israel Railways responded to the report by stating the railway was constructed in a manner that is “compatible with all the rigorous safety standards and was approved by supervision bodies abroad and by rescue bodies in Israel.”

The company added that it had investigated “the allegations with a special committee and found them to be baseless.”