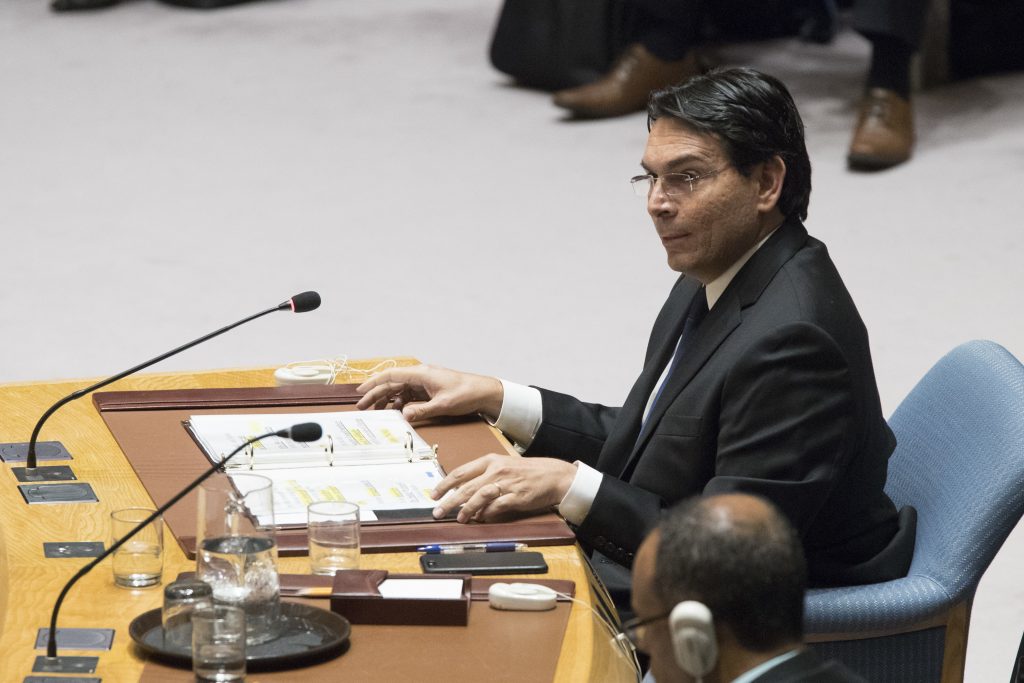 Nations that fail to vote to condemn Hamas when the United Nations votes on the matter this week should not complain when they are struck by terror, Israeli Ambassador to the U.N. Danny Danon said. Speaking Saturday night at a meeting of the Israel-American Council, Danon said that “any country that votes against the proposal and does not condemn Hamas should not turn to the U.N. when it is victimized by terrorism. There is a historic opportunity here, and we expect the countries of the world to join together as one front against Hamas’s terrorism. ”

Last June, a similar resolution was defeated, with 632 states voting against and 58 in favor. The resolution was changed to include demands by the EU on restoring PA rule in Gaza, thus guaranteeing the EU votes, and increasing the chances for the resolution to pass.

On Friday, some 10,000 Gaza Arabs rioted at the security fence, attacking IDF soldiers with rocks and firebombs. Rioters burned tires, and attempted to break through the fence. Commenting on the riots, a senior IDF official told Channel 20 that contrary to reports, “Hamas has not restrained itself. Just the opposite, they have taken a decision to ramp up the violence. It’s not clear where this is leading, but it is clear that it will continue.” A report Friday said Hamas intended to ratchet up its terror activities against Israel, after a meeting of top Hamas terrorists last week. The uptick could occur as soon as Friday, with increased rioting at the Gaza border fence. The activities will also include a return to balloon and kite terror and attempts by Hamas terrorists to breach the border fence, the report said.