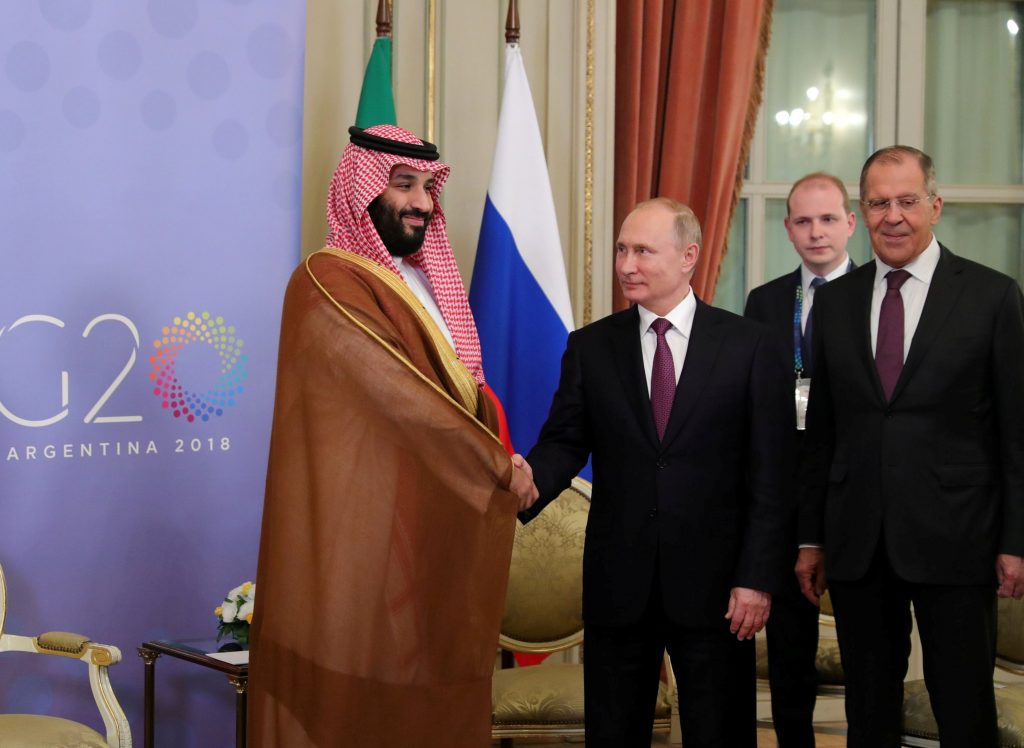 Russian President Vladimir Putin and Saudi Arabia’s Crown Prince Mohammed bin Salman exchanged a high-five and laughed heartily together on Friday as they took seats next to each other at a plenary session of the Group of 20 summit.

Putin’s friendly behaviour towards the crown prince contrasted sharply with that of other leaders at the Buenos Aires summit, amid suspicions of his possible involvement in the killing of Saudi journalist Jamal Khashoggi at the Saudi consulate in Istanbul in October.

Saudi Arabia has said the prince had no prior knowledge of the murder, which has sorely tested the kingdom’s relations with the United States, other Western nations and Turkey.

Earlier, Prince Mohammed was sidelined during the official “family photo” of world leaders at Friday’s gathering and was largely ignored. He then quickly exited the stage without shaking hands or talking with the other leaders.

Russia has refrained from criticising Saudi Arabia or the crown prince over the killing. Putin said in October he lacked information about the matter and said Russia would not tear up its relations with Saudi Arabia because of it.

Putin and Prince Mohammed are due to hold bilateral talks on Saturday, according to Kremlin documents seen by Reuters.

The Organization of the Petroleum Exporting Countries as well as Russia and other leading oil producers will meet in Vienna on Dec 6-7 to discuss further steps on the oil market as prices have been declining due to oversupply.

Riyadh has suggested OPEC and its allies reduce output by 1 million barrels per day from January 2019 to stem the price falls.