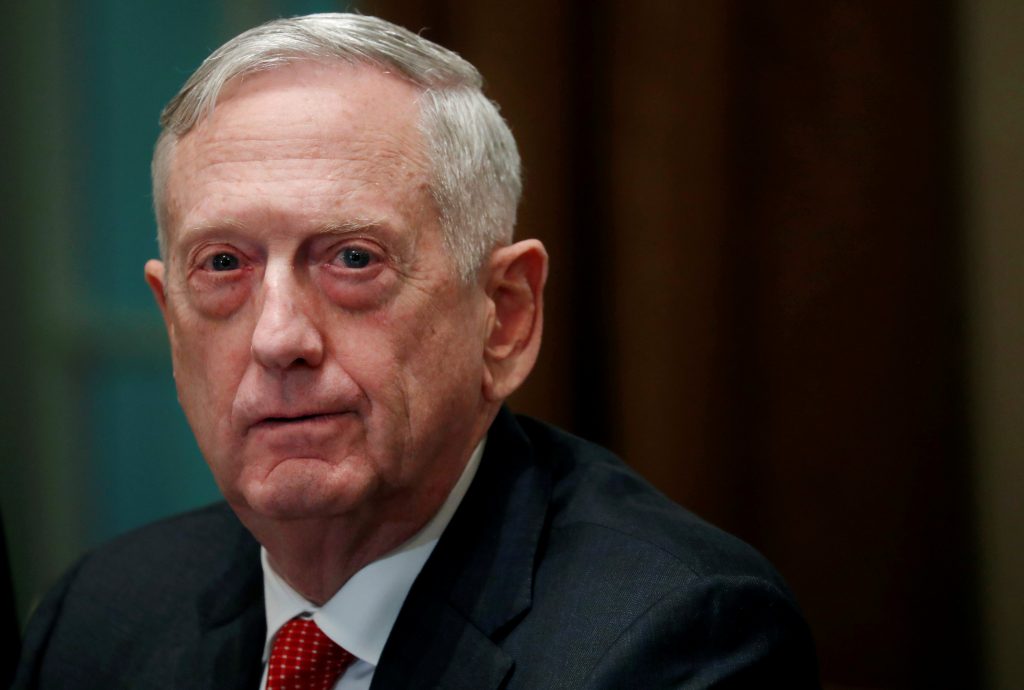 Defense Secretary Jim Mattis accused Russian President Vladimir Putin on Saturday of being a “slow learner” who again tried to meddle in U.S. elections in November, adding that he had no trust in the Russian leader.

The remarks by Mattis at a security forum in California came a day after President Donald Trump held informal talks with Putin on the sidelines of the Group of 20 industrialized nations meeting in Argentina. Trump had scrapped a more formal meeting with Putin, citing Russia’s treatment of Ukraine.

Asked if U.S.-Russian ties had become more strained since he took over the Pentagon last year after Trump became president, Mattis said, “There’s no doubt the relationship has worsened.”

“(Putin) tried again to muck around in our elections this last month. And we are seeing a continued effort along those lines,” Mattis said, adding that the United States would take whatever steps were necessary to defend American democracy.

American intelligence agencies concluded that Russia interfered in the 2016 U.S. presidential election to sow discord and boost Trump’s chances through a campaign of propaganda and hacking aimed at disparaging his Democratic opponent Hillary Clinton. A special counsel investigation into Russia’s role in that election and whether Trump’s campaign conspired with Moscow has cast a cloud over his presidency.

The comments by Mattis were the latest sign of deteriorating relations between Washington and Moscow. Russia has denied meddling. Trump has said there was no collusion.

Ahead of the Nov. 6 midterm congressional elections, U.S. intelligence and law enforcement officials accused Russia of trying to influence the vote. U.S. prosecutors in October charged a Russian national with playing a financial role in a Kremlin-backed plan to conduct “information warfare” against the United States, including attempts to influence the midterm election.

Russian forces opened fire on Ukrainian naval vessels last weekend and seized them and their crew near Crimea, which Russia annexed from Ukraine in 2014. Mattis said those actions underscored why the international community was increasingly distrustful of Moscow.

“Mr. Putin is clearly a slow learner. He is not recognizing that what he is doing is actually creating an animosity against his people,” Mattis said.

“What we are seeing Putin do with his ripping up of international agreements … we’re dealing with someone that we simply cannot trust,” the Pentagon chief added.

White House spokeswoman Sarah Sanders on Saturday confirmed Trump’s encounter with Putin in Argentina in a statement, saying, “As is typical at multilateral events, President Trump and the First Lady had a number of informal conversations with world leaders at the dinner last night, including President Putin.”

Speaking in Buenos Aires, Putin told reporters on Saturday there were no pre-conditions for future bilateral talks with Trump.

“It is regrettable that we can’t succeed in holding a full-scale meeting, which is long due,” Putin said, adding that issues of strategic stability would be of paramount importance.

U.S. Secretary of State Mike Pompeo on Saturday said the Ukraine events were the only reason Trump canceled his planned formal meeting with Putin in Argentina, not developments in Special Counsel Robert Mueller’s Russia probe.

“Ludicrous; Washington parlor game,” Pompeo said in a CNN interview at the G20 meeting when asked whether Trump was motivated to cancel the meeting by Cohen’s guilty plea.