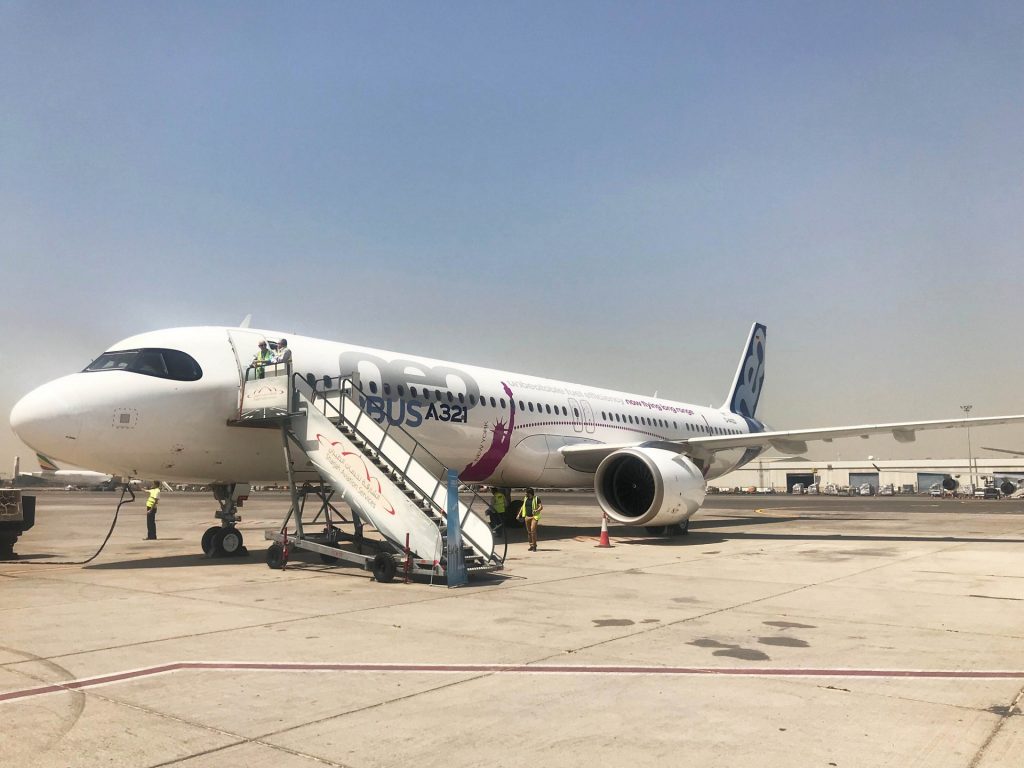 Israel’s Arkia Airlines is the first carrier in the world to take delivery of the new Airbus A321neoLR, the company’s newest model with many top of the line features, Arkia said. The plane was officially delivered in a ceremony in Hamburg, Germany, where it was manufactured.

The LR in the plane’s name stands for Long-Range, and the plane, in test flights, has already broken the record for longest range of a single-aisle jetliner. According to Airbus, the plane flew nearly 5,000 nautical miles, from the Seychelles Islands to Toulouse, France, in an eleven-hour flight. According to the company, it is the most fuel-efficient – and quietest – plane in its class.

The plane includes 220 seats in a single cabin. Arkia has ordered an additional two planes, which will be delivered in 2019. The new planes will replace several Boeing 757 planes, which the company has been using for the past 18 years. The planes will be used on flights to Barcelona, Amsterdam, Paris, Dublin, Norway, Denmark, London, the Greek Islands and destinations inside Israel, the company said.

Commenting on the purchase, Arkia CEO Nir Dagan said that it “marked a milestone that will enable Arkia to provide its passengers with a comfortable flight in new planes to a variety of destinations. These planes are the last word on modern planes, with the most advanced airplane technology available today.”