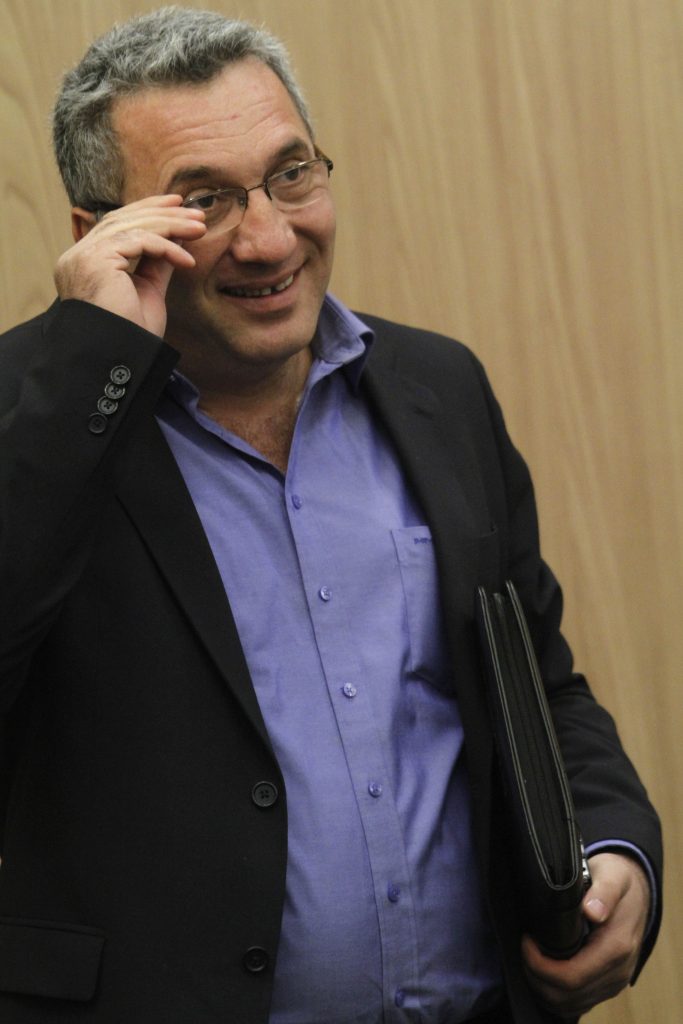 Amid all the reports about a coalition crisis and early elections, it appeared on Thursday that the opposition Zionist Camp party might come apart first as MKs dissatisfied with Avi Gabbay’s leadership threatened to split off.

The MKs have long been complaining about the party’s low ratings in the polls under Gabbay, who was brought in as a serious contender to Israeli Prime Minister Binyamin Netanyahu.

One of the main sources of tension has been Gabbay’s insistence on control of slots on the party’s electoral list. Four MKs signed a petition calling for convention that would vote on revoking Gabby’s authority to decide who will fill four reserved slots on the list.

Senior party officials such as MKs Eitan Cabel, Yossi Yona, Ayelet Nahmias-Verbin, and Nachman Shai signed it, along with 400 of the 700 Labor central committee members required to force the convention.

Yona stressed that the proposal includes a clause that would still give Gabbay the say in the matter if he brings “respected public figures” to the party, such as former IDF chiefs Benny Gantz or Moshe Yaalon.

In a separate issue, Gabbay is trying to quash the move of MK Robert Tivaev, who tried to dump the party Wednesday to accept an offer to join the coalition.

Tivaev was reportedly offered the vacant Immigrant Absorption portfolio if he would add his vote to the struggling 61-MK coalition.

“I am totally not the only one who wants to split from Labor,” Tivaev told Army Radio Thursday. “There are many more like me.”
Gabbay rejected Tivaev’s request to leave the party but keep his seat in the Knesset.

“We will not allow our party’s voters seats to be sold,” a spokesman said Thursday.

The party had already suspended the rebellious Tivaev from proposing bills and participating in committees for a month, but he can still vote in the plenum. The disciplinary action came because he refused to participate in a vote on Zionist Camp MK Itzik Shmuly’s bill to have National Insurance allowances for the elderly made equal to the minimum wage. The Knesset subsequently rejected the bill by one vote, 57-56.

Tivaev initally claimed that he had a to take an important “personal phone call,” but it later came to light that he had paired off with Social Equality Minister Gila Gamliel (Likud) to offset her absence, despite a strict no pairing-off rule in the opposition. He later admitted on the radio that he let Shmuly’s bill fail, to get back at opposition whip Yoel Hasson for screaming at him and insulting him, according to media reports.

Tivaev said that after the vote he got text messages from party activists telling him to “go back to Russia.”

Shmuli directed his scorn at the coalition, saying, “the government spat in the faces of the elderly citizens who founded our country. Voting against the bill, after a measly 60 shekels were added to the old-age pension, is a crime.”

“None of the MKs and ministers could have lived off a 2,000 shekel (monthly) allowance, but when it comes to the elderly citizens, they are okay with it,” he fumed, according to Ynet.

Following those events, Deputy Environmental Protection Minister Yaron Mazuz (Likud) on Thursday offered a deal to the opposition: a trade of MK Robert Tibayev for coalition MK Rachel Azaria’s (Kulanu) who voted against the coalition.

Azaria, he said, betrayed the coalition of her own volition. “On the other hand, MK Tibayev’s abstention was forced on him. The man isn’t interested in remaining part of the Zionist Camp,” Mazuz said.

“I spoke to him earlier today, congratulated him on his steadfast stance against the despicable games of Yoel Hasson and Tzipi Livni and told him he was a real and honest person,” Mazuz concluded.