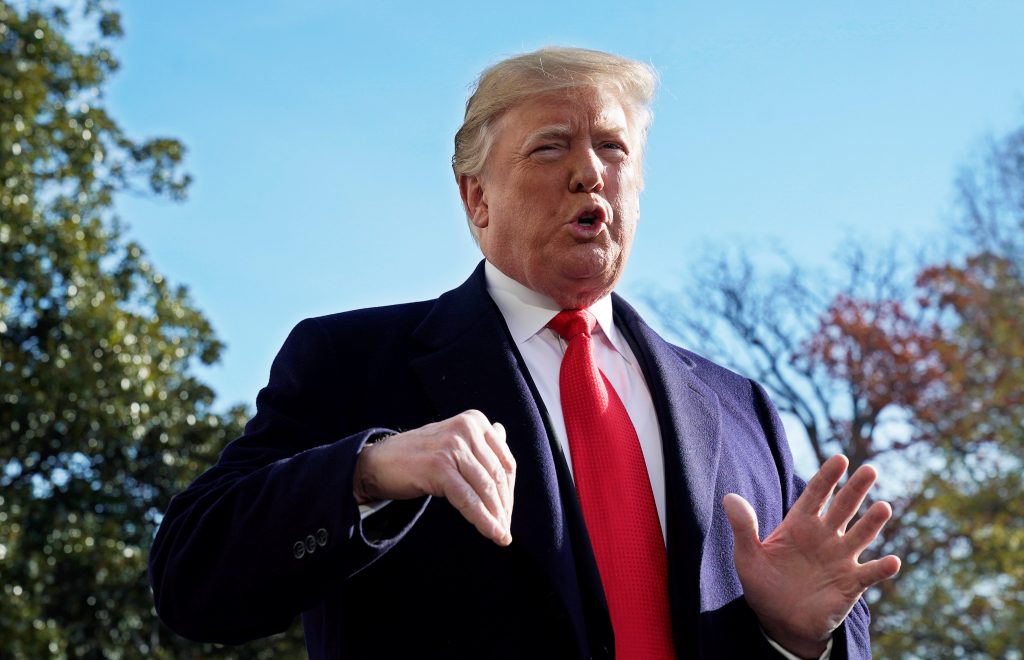 Trump said he pulled out due to tensions over Russian forces opening fire on Ukrainian navy boats and then seizing them and their crew on Sunday near Crimea, which Russia annexed from Ukraine in 2014.

“Based on the fact that the ships and sailors have not been returned to Ukraine from Russia, I have decided it would be best for all parties concerned to cancel my previously scheduled meeting in Argentina with President Vladimir Putin. I look forward to a meaningful Summit again as soon as this situation is resolved!” Trump tweeted.

Trump’s tweet from aboard Air Force One shortly after takeoff from Washington on the way to Buenos Aires for a Group of 20 summit, was a sudden turnaround.

Roughly an hour earlier, he had told reporters he would probably meet with Putin at the summit and said it was “a very good time to have the meeting.”

Trump had also said he would get a final report during the flight to Argentina on the tension in the region after Russia seized Ukrainian vessels near Crimea on Sunday.

Ukrainian President Petro Poroshenko on Thursday accused Putin of wanting to annex his entire country and called for NATO to deploy warships to a sea shared by the two nations.

The decision appeared to catch the Kremlin by surprise. The Kremlin’s spokesman said Moscow had no official information on Trump’s decision, and that if true, Putin would have some extra time for a useful meeting at the G20 summit.

Differences over Ukraine, as well as Moscow’s role in the civil war in Syria, have been an irritant in U.S.-Russian relations for years.

Democratic U.S. Senator Bob Menendez of New Jersey said Trump was missing an “opportunity to redeem himself, stand up for American values, stand up for international law, stand up for our own national security interests, and he had that opportunity and instead he’s abdicating it.”

“It is ironic that this President cannot find his spine to confront Vladimir Putin but can challenge the closest allies the United States has across the globe,” Menendez said.

The administration of former President Barack Obama imposed sanctions on Russia for its annexation of Crimea from Ukraine in 2014. That in part brought ties between Washington and Moscow to their lowest point since the end of the Cold War.

Since then, the United States has investigated Russia’s possible interference in the 2016 election that Trump won. Russia has denied meddling and Trump has repeatedly said there was no collusion.

Russia seized three Ukrainian navy ships and their crews on Sunday near Crimea over what it said was their illegal entry into Russian waters, which Ukraine denies.

Some of Ukraine’s Western allies have raised the possibility of imposing new sanctions on Russia over the episode, which could deliver a blow to the Russian economy.