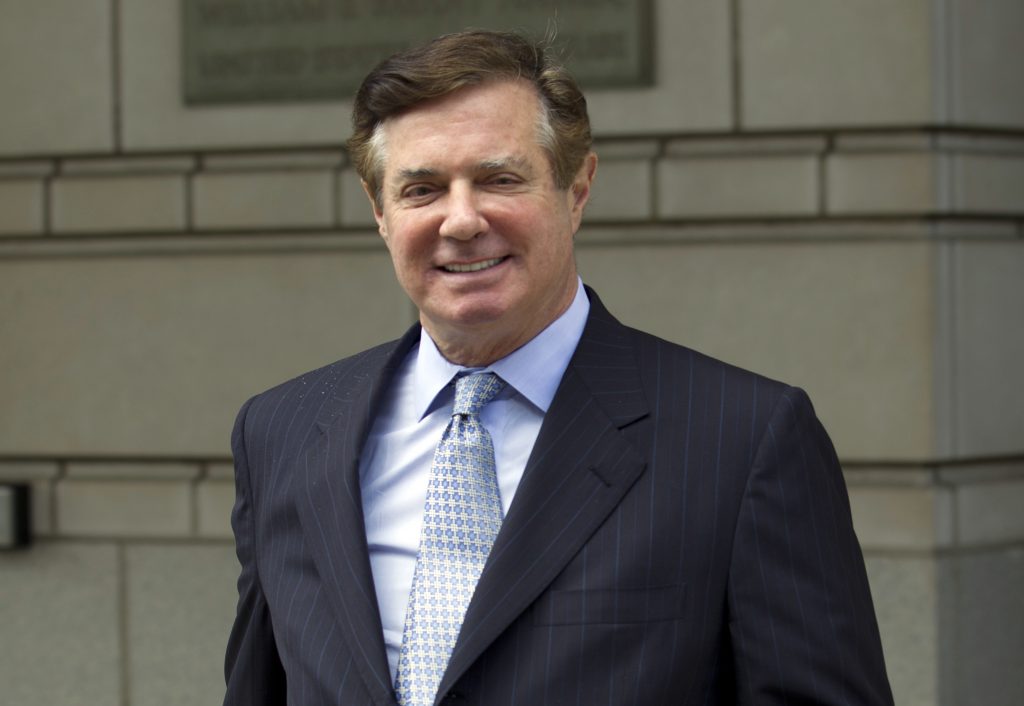 A pardon for Paul Manafort is “not off the table,” President Donald Trump said, drawing swift rebuke from critics who fear the president will use his executive power to protect friends and supporters caught up in the Russia probe.

The president’s discussion of a possible pardon in an interview Wednesday with the New York Post came days after special counsel Robert Mueller said Manafort had breached his plea deal by repeatedly lying to investigators. The former Trump campaign chairman denies that he lied.

Trump’s remarks are the latest sign of his disdain for the Russia investigation, which has dogged him for two years and ensnared members of his inner circle. In recent weeks, the president, armed with inside information provided to his lawyers by Manafort’s legal team, has sharpened his attacks, seizing on what he claims are dirty tactics employed by the special counsel and accusing investigators of pressuring witnesses to lie.

In the interview with the Post, Trump likened the Russia probe to Sen. Joe McCarthy’s pursuit of communists in the 1950s.

“We are in the McCarthy era. This is no better than McCarthy,” Trump told the newspaper.

Trump only has the power to pardon for federal charges. A pardon would not shield Manafort from prosecution for state charges, though he is not currently facing any.

On Wednesday, the top Democrat on the Senate intelligence committee said that if Trump pardons Manafort, it would be a “blatant and unacceptable abuse of power.”

Meanwhile, Manafort’s lawyers have been briefing Trump’s attorneys in recent months on what their client has told investigators, an unusual arrangement for a government cooperator and one that raises the prospect that Manafort could be angling for a pardon.

In the interview, Trump also praised two other supporters who are caught up in the Russia probe — conservative author and conspiracy theorist Jerome Corsi and longtime Trump associate Roger Stone. He said they were “very brave” for resisting Mueller’s investigation.

Both men have been heavily critical of the investigation, and Corsi this week said he had rejected a plea offer from Mueller’s team. Draft plea documents show Mueller accusing Corsi of lying to investigators — an allegation he denies — about emails he exchanged with Stone regarding WikiLeaks.

U.S. intelligence agencies have assessed that Russia was the source of hacked material from Democratic organizations that WikiLeaks released during the 2016 presidential campaign. That included thousands of stolen emails from the private account of Hillary Clinton campaign chairman John Podesta in the closing weeks of the campaign.

Mueller is investigating whether any Trump associates had advance knowledge of WikiLeaks’ plans.

Mueller earlier this week said Manafort could face additional charges related to lies they say he told investigators in the nearly three months since he cut a plea deal.

Neither Manafort nor Mueller’s team has said what Manafort is accused of lying about. But a federal judge set a hearing for Friday in which she will hear from both sides about the next steps in the case. That hearing could yield new details about the status of the Russia probe.

Manafort faces up to five years in prison on the two charges in his plea agreement — conspiracy against the United States and conspiracy to obstruct justice. He faces a separate sentencing in Virginia set for February after he was convicted on eight felony counts during a trial last summer.