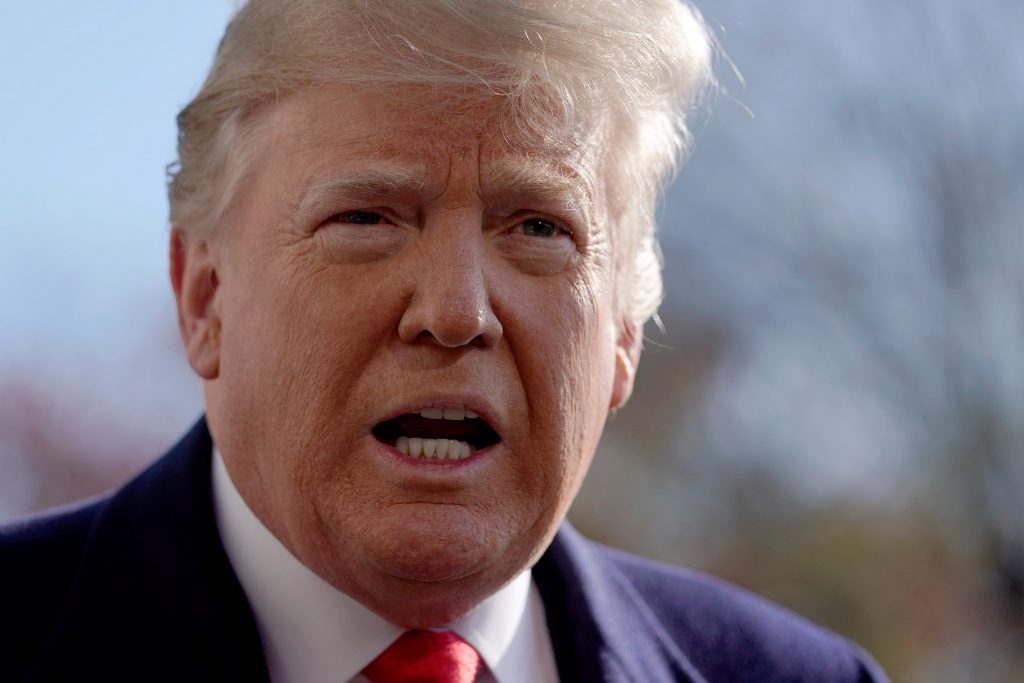 U.S. President Donald Trump sent mixed signals on Thursday about the prospects for a trade deal with China, saying an agreement was close but he was not sure he wanted one, just as he left for Argentina for a meeting with President Xi Jinping.

“I think we’re very close to doing something with China but I don’t know that I want to do it,” Trump told reporters as he left the White House to fly to the G20 summit in Buenos Aires.

“Because what we have right now is billions and billions of dollars coming into the United States in the form of tariffs or taxes,” he said.

Trump and Xi are scheduled to meet on Saturday to discuss trade amid increasing tensions between the world’s top two economies.

Peter Navarro, Trump’s hardline trade adviser, will attend the meeting between the leaders, a U.S. official told Reuters. Another official said Navarro’s addition was meant to send a message to China about the administration’s resolve on trade. Navarro has advocated a tough stance against Beijing.

U.S. companies and consumers are bearing part of the cost of the U.S. tariffs on China by paying higher prices for goods, and investors have cheered when the prospects for a deal have improved. U.S. stocks fell on Thursday amid uncertainty over the outcome of the talks.

“I really don’t know but I will tell you that I think China wants to make a deal. I’m open to making a deal. But frankly, I like the deal we have right now,” Trump said.

China, for its part, is hoping for “positive results” in resolving its trade dispute with the United States, the commerce ministry said on Thursday.

Asked if China was seeking to prevent the imposition of additional U.S. tariffs at the meeting, the ministry’s spokesman, Gao Feng, said economic teams from both nations were in contact to implement a “consensus” reached by Trump and Xi during a phone call this month.

“I hope that the United States and China could move towards each other and work hard to achieve positive results in the meeting,” Gao said without elaborating.

The United States has levied additional duties of between 10 percent and 25 percent on $250 billion of Chinese goods this year as punishment for what it calls China’s unfair trade practices, with the 10 percent tariffs set to climb to 25 percent next year.

A Reuters poll on Wednesday showed China’s factories likely struggled to grow for a second straight month in November as cooling demand at home and the threat of higher U.S. tariffs stifled new orders.

“The Chinese side has repeatedly stressed that the essence of Sino-U.S. economic and trade cooperation is about mutual benefit and win-win,” Gao said.

White House officials said this week Trump was open to making a trade deal with Xi when they meet.

Trump, whose economic record is likely to be a key factor in his race for re-election in 2020, lashed out at General Motors Co after the company’s recent announcement of U.S. layoffs and plant closures and threatened additional tariffs.

In a Twitter post on Thursday, Trump said: “Billions of Dollars are pouring into the coffers of the U.S.A. because of the Tariffs being charged to China, and there is a long way to go. If companies don’t want to pay Tariffs, build in the U.S.A.”