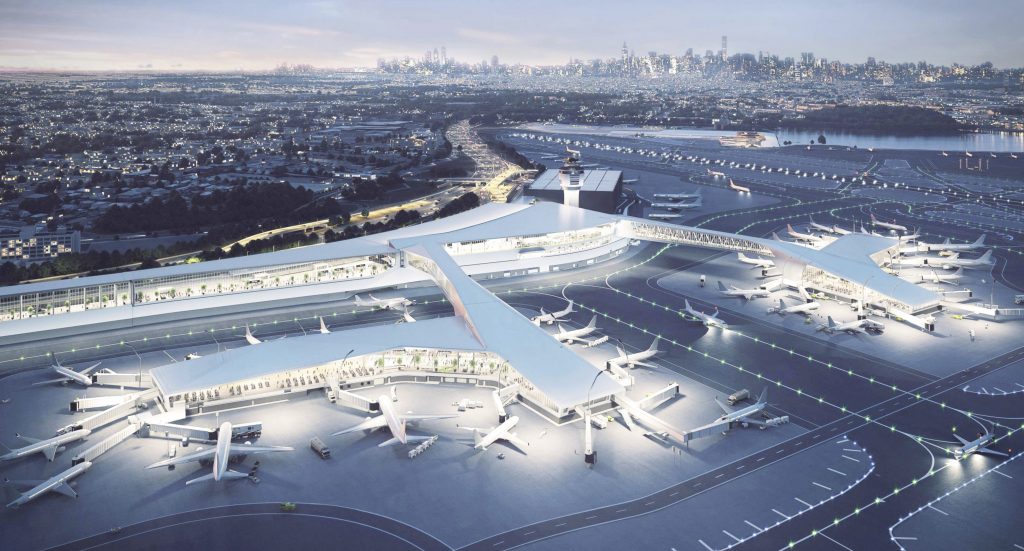 A new concourse with 18 gates is opening this weekend at LaGuardia Airport, part of a broader plan to modernize the dilapidated and oft-mocked facility.

The new gates are part of LaGuardia’s Terminal B and will open to passengers Saturday. The concourse also includes additional dining and shopping for those traveling through the airport.

All told, the $8 billion plan to modernize LaGuardia includes 72 gates in six concourses and two new arrival and departure halls, for a total of 2.7 million square feet. Other planned improvements include rail service between LaGuardia and midtown Manhattan and 14 miles of new road connecting motorists to the facility.

Gov. Andrew Cuomo joined local officials in Queens on Thursday for a ceremonial opening. The Democrat said the ongoing work will transform an aging, crowded and inefficient airport into a 21st-century facility “worthy of the state of New York.”

“This was an embarrassment,” Cuomo said of LaGuardia, adding that the work on the airport is proof that governments can still take on big, transformative infrastructure projects. “New York once again shows the way forward for this nation. If we can do it here, and set the example, you will see the nation follow.”

Of the 18 gates at the new concourse, 11 will be open this weekend. Service at the other seven will begin in 2020.