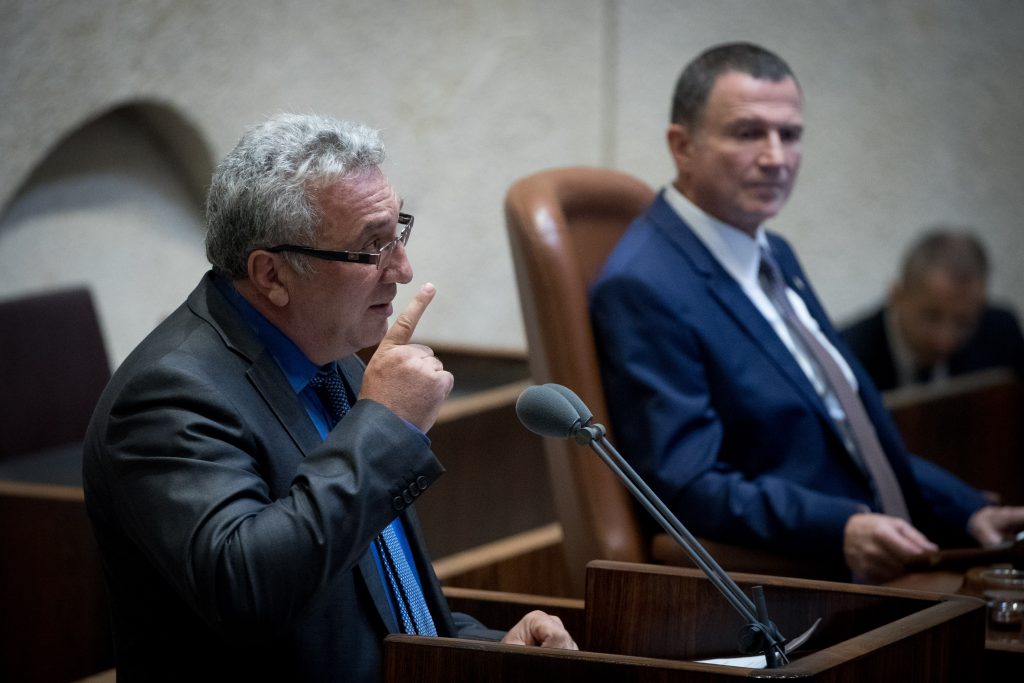 Zionist Camp MK Robert Tiviaev will have to remain in his party, after his request to be given his parliamentary freedom was denied Wednesday night by party head Avi Gabay. In a statement Thursday, Gabay said that Zionist Camp “will not allow the mandates chosen by the public to be used as bargaining chips,” and that Tiviaev would remain in the party, whether he wanted to or not. And if he did not “shape up” and vote the party line, sanctions that were imposed on him Wednesday night will be extended, and expanded.

In a statement, Gabay denied that he had denied the request because of Tiviaev’s failure to support and opposition-sponsored law in a Knesset vote Wednesday.

In his efforts to expand the coalition after the loss of Yisrael Beytenu’s six Knesset members, Prime Minister Binyamin Netanyahu has been reaching out to opposition MKs, seeking to recruit them for support – and one MK who responded to the call was Tiviaev, who reportedly was to be given a senior position on a Knesset committee for joining the coalition. According to Knesset rules, MKs who want to jump parties have two ways of doing so – either by getting permission from the head of the party, or by recruiting nine other like-minded party members and breaking away, either to join an existing party or start a new one.

What set off the brouhaha Wednesday night was a vote on a bill advanced by opposition MKs Itzik Shmuli (Zionist Camp) and Dov Hanin (United Arab List), which sought to increase the amount of government pensions payments for the elderly to the same amount a worker earning the minimum wage in a 42.5 hour workweek would earn.

The bill was shelved by a vote of 57 against and 56 in favor – with Tiviaev’s the missing vote that killed the bill, as he was out of the plenum during the vote.

In the interview, Tiviaev said that his absence from the plenum had nothing to do with his request to leave Zionist Camp. “I absented myself because Hasson yelled at me,” he said. “Hasson’s people told me to go back to Russia. I didn’t support MK Shmuli’s law because of the way Hasson treated me, I apologize to him for that,” adding that the possibility of a mass exit from Zionist Camp was not an impossibility. “I am not the only one who wants out of the party, there are many more like me,” he added.