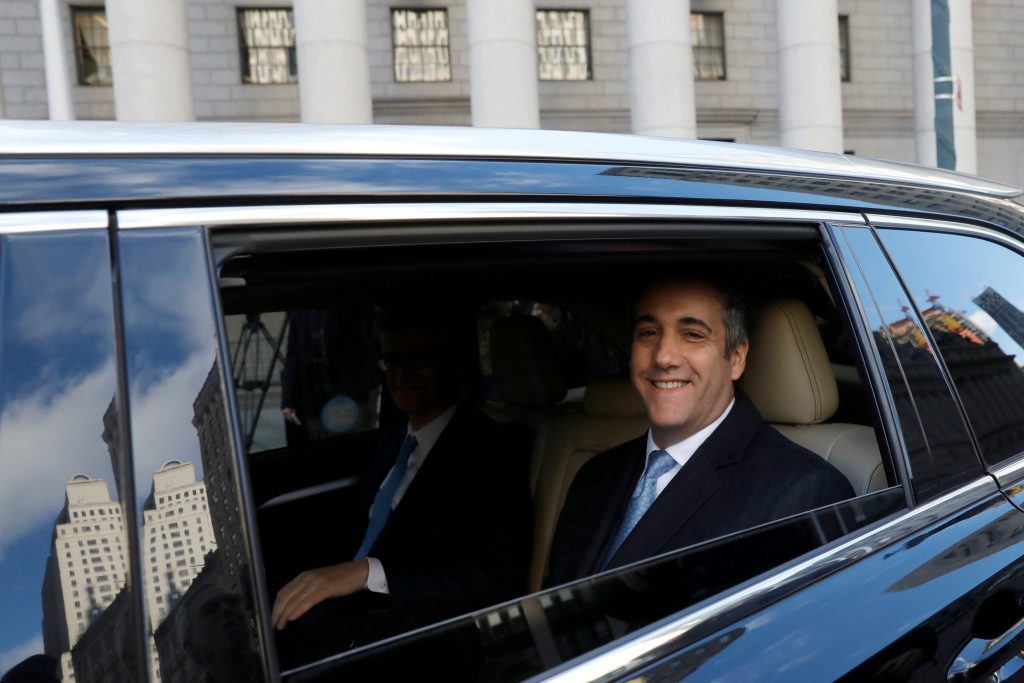 Michael Cohen, President Donald Trump’s former lawyer, made a surprise appearance before a federal judge in New York on Thursday to plead guilty to lying to Congress about work he did on an aborted project to build a Trump Tower in Russia.

Flanked by his lawyers, Cohen admitted making false statements in 2017 to the U.S. Senate Select Committee on Intelligence about the project.

Cohen told the judge he lied about the timing of the negotiations and other details to be consistent with Trump’s “political message.”

Cohen and prosecutors referred to Trump as “individual one” throughout Thursday’s proceedings and said he lied “to be loyal.”

Among other lies, Cohen said he told Congress that all discussions of the Moscow Trump Tower project ended by January 2016, when they had actually continued until June of that year.

One of the prosecutors working with Special Counsel Robert Mueller was present in the courtroom.

Cohen’s lawyer, Guy Petrillo, said he would give the court a letter outlining how his client has cooperated with Mueller’s investigation.

In August, Cohen pleaded guilty to other federal charges involving his taxi businesses, bank fraud and his campaign work for Trump.

Reacting to the plea to the new charges, House Speaker Paul Ryan said Cohen “should be prosecuted to the extent of the law. That’s why we put people under oath.”

Cohen gave a statement to congressional committees last year saying the president’s company pursued a project in Moscow during the Republican primary but that the plan was abandoned “for a variety of business reasons.”

Cohen also said he sent an email to the spokesman for Russian President Vladimir Putin as part of the potential deal.

In his statement, he said that he worked on the real estate proposal with Felix Sater, a Russian-born associate who he said claimed to have deep connections in Moscow.

The discussions about the potential development began after Trump had declared his candidacy. Cohen had said the talks ended when he determined that the project was not feasible.

Cohen had also disclosed that Trump was personally aware of the deal, signing a letter of intent and discussing it with Cohen on two other occasions.