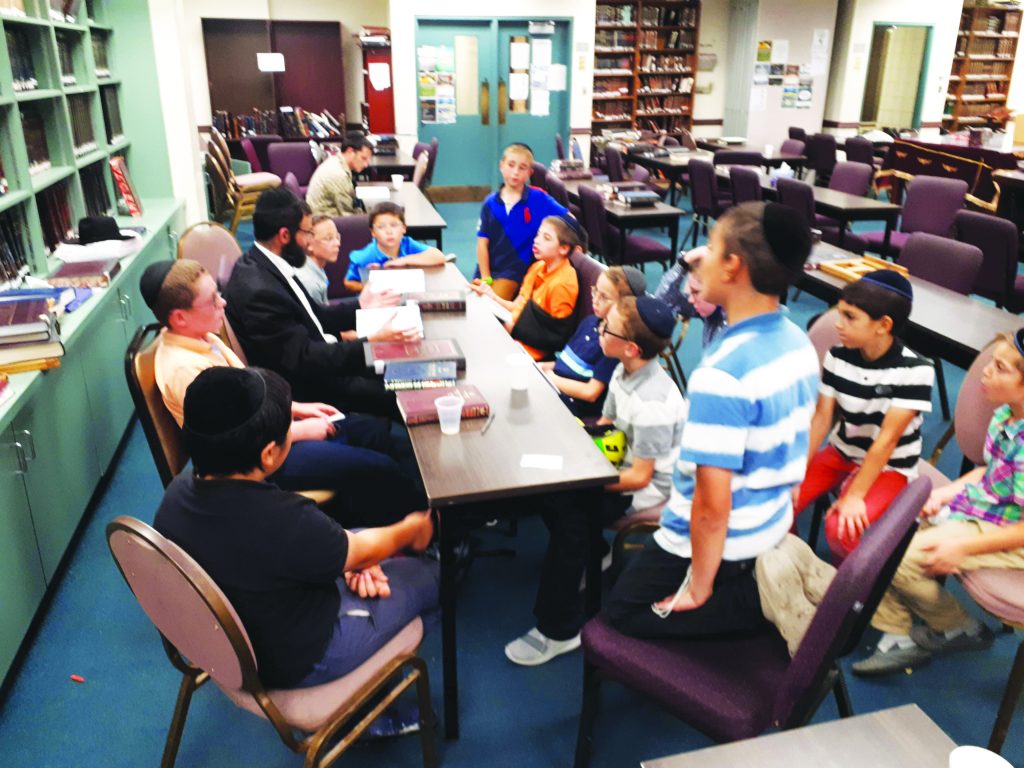 Wherever one has been in Toronto the past few months, he would likely have noticed flyers announcing programs from Kesher Yisrael.

Hamodia recently caught up with Rabbi Leib Irons, who directs Kesher Yisrael together with an expanding staff and numerous volunteers, to find out more about this exciting new organization.

“Kesher Yisrael exists to empower the Toronto community with passionate Torah life. Our tagline is ‘Learning, Living, and Loving Torah,’” asserts Rabbi Leib Irons, explaining the raison d’être of his organization which was founded this past summer.

For the past 10 years, Rabbi Leib Irons has been involved in introducing many innovative kiruv and learning programs to the Toronto community. In addition, he was involved in bringing the Shabbos Project to Toronto, where it has been very successful.

Rabbi Irons founded Kesher Yisrael as an umbrella organization which works with over 25 kiruv organizations, shuls, and schools offering learning programs, speakers, Shabbatons, and trips that help to solidify the impact on participants’ love for Torah.

There are two major divisions in Kesher Yisrael. The Chinuch division involves programming for frum children and families. Rabbi Irons explains, “Children spend many hours outside of school and there is very little worthwhile programming during those hours. The litmus test of real Yiddishkeit is outside the school, and that will determine the love and enthusiam for Yiddishkeit. A Rosh Yeshivah and a Rosh Kollel both told me that these programs are hatzalos nefashos.”

To address this need, Rabbi Irons has created after-school Mishnayos programs, and he has taken over the famed Likras Shabbos program. He has also started Shabbos programs in Thornhill for both boys and girls. Furthermore, he has created learning programs to be held whenever the children are on vacation for more than a day or two, such as on Sukkos, Chanukah, Pesach, and during the summer.

For this coming Chanukah, there will be boys’ learning programs in Toronto, at Bais Yaakov Elementary School, and in Thornhill, at Kollel Ohr Yosef, with learning opportunities, a guest speaker, daily prizes, a grand raffle, and a special trip at the end for those who attend. Hundreds of boys participate in these programs. Many other programs are planned for the coming year.

Girls’ programming has been launched as well. For example, Kesher Yisrael is planning an exciting trip for the girls in Thornhill who attended the first six weeks of the Shabbos groups, in addition to a melaveh malkah scheduled for next week.

Kesher Yisrael will also be starting a parenting program with workshops teaching parents how to be mechanech their children to love Yiddishkeit.

Some of the programming in this area includes setting people up for Shabbos seudos, organizing Shabbatons, and finding appropriate chavrusos and shiurim, assuring that real learning and growth continues.

Another major project of the kiruv division of Kesher Yisrael is organizing numerous learning trips for men and women to Israel, as well as Torah trips to South Africa, Mexico, and Morocco. These trips have proven to have a great impact.

Just a few weeks ago, Rabbi Irons directed a Sephardic trip to Eretz Yisrael, with the unprecedented participation of four leading Sephardic Rabbis from the Toronto and Thornhill communities, and 40 men from the greater Toronto community.

Rabbi Irons asserted that this trip was the most successful one out of the dozens of trips that he has run, and he has already seen the fruits of his efforts, as many participants have taken on new commitments in learning and shemiras hamitzvos.

Rabbi Irons explained, “The goal of the trip was to lift up the participants to a level that previously was believed to be unthinkable. We proved that it can be done, and we can expose people from all backgrounds to serious Torah learning and to Gedolim. This model has a much greater impact than the typical Israel trips.”

Rabbi Irons is very excited about the future of Kesher Yisrael. “The community has been so enthusiastic with the new programs, with thousands of people participating.

“I grew up as the son of the Rosh Kollel in Detroit. It is very encouraging that the vast majority of the growing donor base of Kesher Yisrael are those who are really machshiv Torah, as they witness how the Kesher Yisrael programs have transformed their own children.”

Rabbi Irons asserted. “I would love to expand this model to other cities. For now, Kesher Yisrael has a lot of work to do for the Toronto community and is fully committed to helping every Jew who wants to grow in their connection to Torah u’mitzvos.”