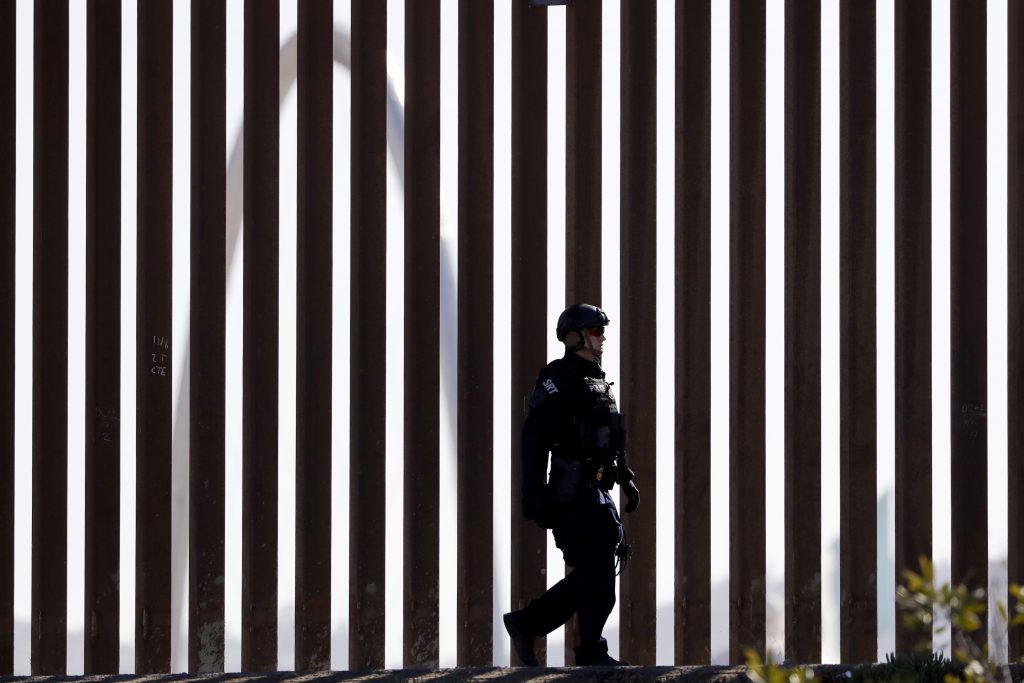 Congressional Democrats said Thursday they’re prepared to reject a new GOP plan to get President Donald Trump the money he’s demanding for his border wall – escalating the chances of a partial government shutdown next week.

But Democrats, who have rejected the idea of spending $5 billion on a wall Trump claimed Mexico would pay for, said splitting the money up over two years did not make it more palatable.

“No matter how many years you spread it over, $5 billion for President Trump’s wasteful wall is too much money,” said Rep. Nita Lowey, D-N.Y., the top Democrat on the House Appropriations Committee. “While we are willing to negotiate on how best to secure our border, we will never support wasting tax dollars on a wall designed to gin up the Republican base.”

Democratic lawmakers and aides in the Senate also said the plan for $5 billion over two years wouldn’t fly.

“He’s asking the taxpayers to give him money … for something when he gave his solemn word that taxpayers wouldn’t have to pay, the Mexicans would pay, and has threatened to shut down the government in I guess an attempt to bail out the Mexicans from his promise,” said Sen. Patrick Leahy, D-Vt., the top Democrat on the Senate Appropriations Committee. “It doesn’t make much sense.”

Funding for the Homeland Security Department and a handful of other government agencies expires Dec. 7 at midnight. Unless Congress and Trump reach an agreement before then, a partial shutdown would begin.

Such a shutdown would be limited in scope since about 75 percent of the government, including the Pentagon, have already been funded through next September. But it would nonetheless disrupt the lives of thousands of federal workers and impede important functions across agencies.

Earlier this year, Senate Democrats and Republicans agreed on $1.6 billion for the wall for 2019, and Democrats said that remained their position. Privately, Democratic aides said that it could be possible to negotiate a number higher than $1.6 billion – but that they would not agree to Trump’s $5 billion ask after a midterm election where Democrats retook control of the House.

But GOP House and Senate leaders who have met with Trump in recent weeks say the president is adamant about getting $5 billion. At the urging of GOP leaders, Trump agreed to put off a fight over the wall until after the midterm elections, and now he is determined to get it while Republicans still retain control of both chambers of Congress.

“Another Schumer shutdown would not surprise anyone, it has become the new norm in Washington,” said Meghan Burris, a spokeswoman for the White House Office of Management and Budget. “Democrats would rather shut the government down and leave millions of Americans less secure than work with the Administration to solve this unchecked crisis. It is evident there is a need to secure the Nation’s borders and the President has made it clear that is his number one priority.”

Senate Appropriations Chairman Richard Shelby, R-Ala., said Thursday that he held out hope that Democrats would agree to $5 billion over two years – though he offered no indication of what he might offer them in return. He said that Democrats, like Republicans, had priorities they wanted funded in the spending bills that have yet to pass, which cover agencies including the Agriculture, Interior and State departments in addition to Homeland security.

“You know they have a lot in these bills. So do we,” Shelby said. “And I think most of them would want to pass our appropriation bills. Now the question is are they willing to shut it down over this. We’re trying to avoid that.”

Democrats, however, contend that if there is a shutdown next week, it will be Trump’s fault.