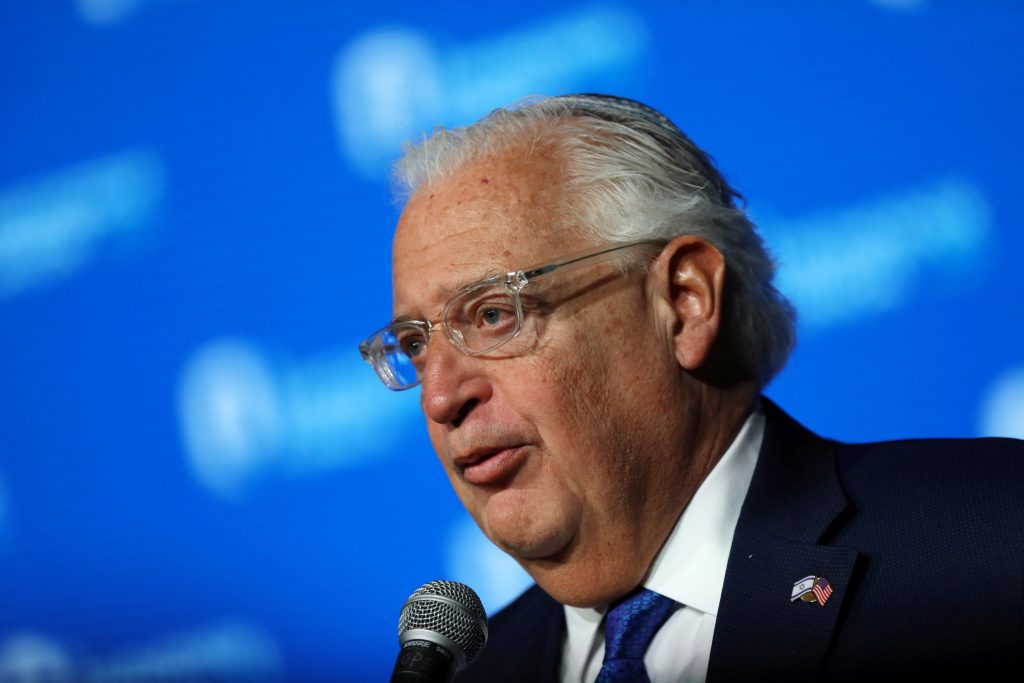 Through its official Wafa news agency, the Palestinian Authority has accused property dealer Issam Akel, a U.S. citizen, of attempting to sell a property in east Yerushalayim without permission of his business partners or the authorities. The Wafa report did not identify the intended buyer.

Palestinian law bars selling land to “a hostile state or any of its citizens,” and requires the permission of the Palestinain Authority for all land sales in east Yerushalayim.

“The Pal[estinian] Authority has been holding U.S. citizen Isaam Akel in prison for ~2 months. His suspected ‘crime’? Selling land to a Jew,” U.S. Ambassador David Friedman wrote on Twitter.

“Akel’s incarceration is antithetical to the values of the U.S. and to all who advocate the cause of peaceful coexistence. We demand his immediate release.”

“We deplore his statement that Akel’s arrest violated American values. Does building of settlements adhere to American values?” Al Qawasme said. “We in Fatah will confront all attempts to harm the city of Jerusalem or its sacred places.”

Akel’s father, Jalal, said a Palestinian court had extended his son’s detention by 45 days on Monday.

“They are stalling. There is no evidence my son sold anything to Israelis, all charges are void,” the father told Reuters.

Major-General Adnan Al-Dmairi, a spokesman for the Palestinian security forces, said 20 people had been arrested in recent years on suspicion of violating land laws.

An Israeli security official told Reuters Akel was detained on Oct 10 in Ramallah, the hub city of the Palestinian Authority.

Israel said its security services had appealed to their Palestinian counterparts for Akel’s release. Despite the collapse of peace talks in 2014, Israel and the Palestinians still coordinate to help stabilize the region.

Israel briefly arrested two Palestinian Authority officials from East Jerusalem over the last month on the basis of what the Israeli security official said were suspicions that they had information on Akel’s detention. One of the Palestinian officials was re-arrested this week.