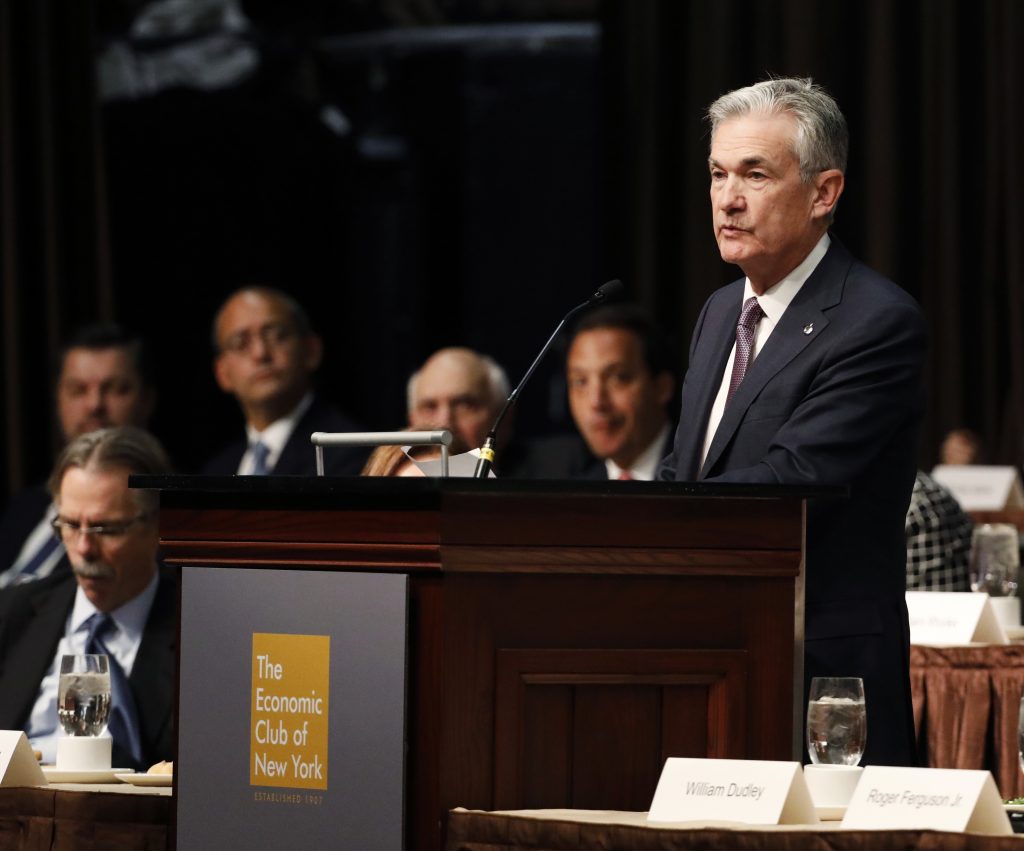 In a speech to the Economic Club of New York, Powell said that rates are close to “neutral,” the level at which they neither hold back growth nor aid it. That might mean the Fed isn’t planning to raise interest rates far above their current levels. Powell also appeared to suggest that the Fed might pause its cycle of interest rate increases next year so the central bank can assess the effects of its actions.

That relieved investors who feel the nine-year-old bull market could come to an end if rates rise too fast. Those worries have contributed to the market’s big slump in October and November.

Stocks rose in morning trading and nearly tripled their gains as Powell spoke. Bond yields slipped and the dollar weakened as investors adjusted their expectations for how quickly interest rates might rise in the future.

After slashing interest rates to near zero before the 2008-09 financial crisis, the Fed has been steadily raising them since the end of 2015 and it’s expected to announce another increase in December. But higher interest rates tend to slow economic growth, and since growth in the U.S. and other regions is already likely to slow down next year, investors are concerned the increases will hinder the economy.

“He’s acknowledging that if you make an interest rate move today, you’re not really going to feel the effects of it for 12 to 18 months,” said Jack Ablin, chief investment officer of Cresset Wealth Advisors. “Global central bank tightening (of rates) was probably the biggest risk that equity investors faced over the next four quarters, so having the Fed chairman come out and suggest they’re almost done is welcome news.”