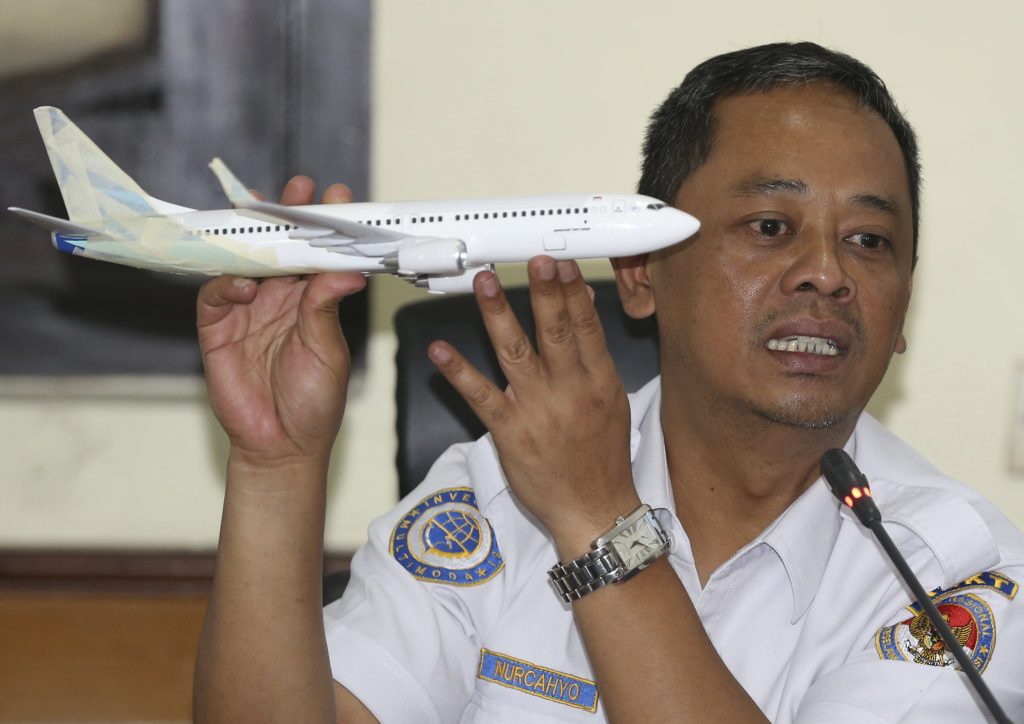 Pilots fought against an automated system that pitched a Boeing jetliner’s nose down repeatedly because of a faulty sensor until they finally lost control and plunged into the Java Sea last month, Indonesian investigators said Wednesday.

At a news conference, safety officials said they were still struggling to understand why the plane crashed, killing all 189 people on board.

The National Transportation Safety Commission’s Nurcahyo Utomo said investigators were trying to figure out from interviews with engineers why they certified that the Boeing 737 MAX 8 was airworthy and whether they had followed required maintenance procedures. Pilots of previous flights had reported problems with control systems on the brand-new jet.

The board issued a preliminary report that stopped short of placing blame for the crash — the investigation is continuing — but it provided new details about the pilots’ struggle to fly the highly automated jet and Lion Air’s inability to fix problems with sensors on the plane.

In a statement following release of the report, U.S.-based Boeing declared that the MAX, its newest plane, is safe. The manufacturer played up the possibility of pilot error.