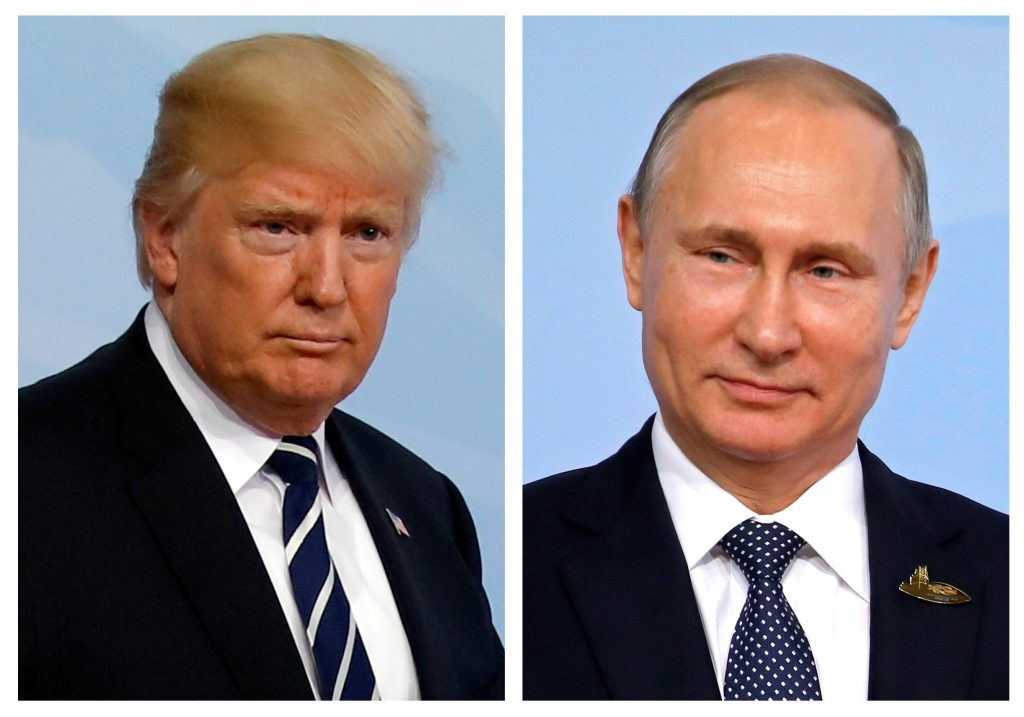 Russia said on Wednesday it still expects a meeting between President Vladimir Putin and President Donald Trump to go ahead as planned.

Trump, in an interview with The Washington Post on Tuesday, said he may cancel the sit-down with Putin in Argentina following Russia’s seizure of three Ukrainian naval ships last weekend.

Kremlin spokesman Dmitry Peskov told reporters on Wednesday that the meeting is on and that Russia has not received “any other information from our U.S. counterparts.”

The long-simmering conflict between Russia and Ukraine burst into the open on Sunday, when Russian border guards fired on three Ukrainian vessels and seized the ships and the crew.

Trump said he would be receiving a “full report” from his national security team on Russia’s recent actions in eastern Ukraine and the Black Sea. He said he would decide on a course afterward.

The comments were Trump’s strongest to date in condemnation of Russia’s recent actions in Ukraine, where tensions are flaring. But White House aides were still planning for the Putin meeting after Trump’s comments.

The meeting between Trump and Putin is set to be just one of several high-profile foreign-policy engagements for the U.S. leader on the whirlwind two-day visit to Argentina. Trump also is set to meet with Chinese President Xi Jinping over dinner this weekend, in what may be a pivotal session to determining if and how the ongoing trade dispute between their countries could be resolved.

The White House on Tuesday warned Xi against trying to wait out Trump in the ongoing talks, suggesting the Chinese economy was not as resilient to a trade war as would be the U.S. economy.

The warning from Larry Kudlow, director of the National Economic Council, came ahead of the two leaders’ high-stakes sit-down on Saturday evening. Over the last year, the two countries have levied a series of tariffs on hundreds of billions of dollars of imports from one another, with the latest round of U.S. duties set to go into force in the new year.

White House spokeswoman Sarah Huckabee Sanders called the trip an opportunity for the president to cement relations with other world leaders and advance a global economic system based on “free, fair and reciprocal trade.”

The Trump-Xi meeting would be the first since the two countries began hitting each other with import taxes earlier this year. The United States targeted $250 billion in Chinese products, and Beijing lashed back by slapping tariffs on $110 billion worth of U.S. goods. The two sides have been in negotiations for months, but Kudlow described them as being stalemated until just a few weeks ago.

Kudlow said the administration has been “extremely disappointed” by China’s engagement in trade talks but the meeting between Trump and Xi on the sidelines of the Group of 20 summit could be a game-changer.

“Perhaps we can break through in Buenos Aires or not,” he said.

Kudlow added that if the U.S. doesn’t get “satisfactory” responses to its trade positions more tariffs will be imposed. He said Trump is “not going away.”

“I hope they understand that,” he said.

China’s Foreign Ministry has said a recent phone conversation between Xi and Trump about trade and other issues was “extremely positive.”