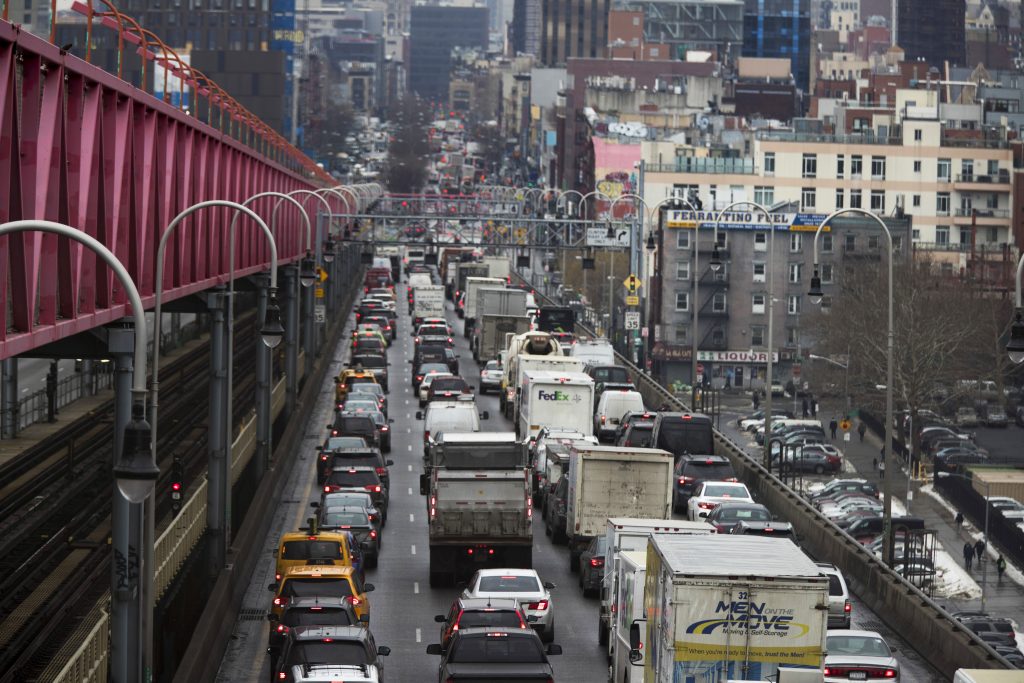 The alliance, known as the Fix Our Transit coalition, was created to push state lawmakers to approve the tolls, which would be levied on vehicles entering the busiest parts of Manhattan as a way to raise money for New York City’s deteriorating subways and transit system.

“After years of neglect, commuter confidence in New York’s public transit system is at an all-time low,” said coalition spokeswoman Alex Matthiessen in a statement given to The Associated Press. “Few New Yorkers have faith that Albany will rise to the occasion to secure the funding needed to fix, upgrade and modernize the system once and for all. The time has come for the Legislature to join Governor Cuomo in getting behind congestion pricing.”

The coalition announced its effort Wednesday. Groups signing on include several chambers of commerce, labor unions like the AFL-CIO, the Natural Resources Defense Council, the League of Conservation Voters, several members of the clergy, and other companies including Uber, Lyft and Brooklyn Brewery.

The group says it will work in the coming months to “put lawmakers on notice” about the need to pass congestion tolling. The involvement of so many different organizations — including some that regularly disagree on other issues — reflects the growing momentum behind congestion tolling, an idea that until recently was considered a legislative long shot.

Congestion tolls are likely to be the topic of significant debate when lawmakers return to Albany to for the 2019 session in January. Democratic Gov. Andrew Cuomo supports the idea, and many lawmakers support it, too, as a way to reduce traffic congestion in Manhattan while also raising badly needed revenue for transit.

A key difficulty for lawmakers will be working out the details, such as who will pay the toll, how high it will be, where the toll zone will be located, and whether regular commuters will be given a discount. Another challenge: ensuring that transit agencies get the necessary funding before the new tolls cause ridership to increase and put added strain on the system.

Critics say congestion tolls will hurt lower-income commuters who rely on their cars to get to work or day care while raising the cost of living in a part of the country that is already among the most expensive.

According to Fix Our Transit, congestion tolls could raise more than $1 billion each year. The group notes that cities including London, Singapore and Stockholm already have similar congestion surcharges in place.