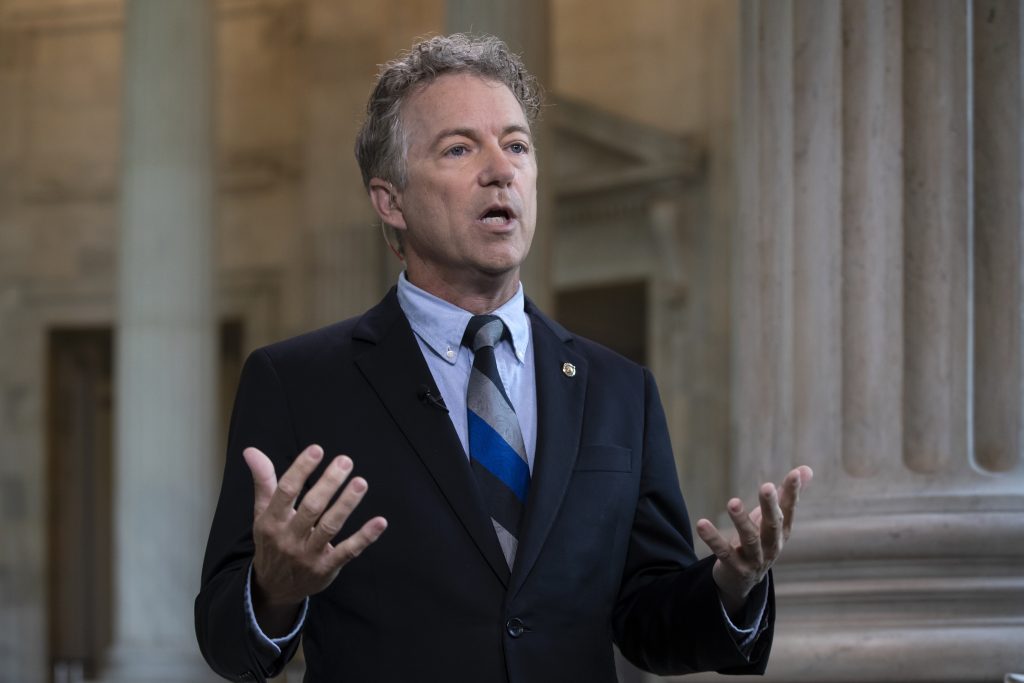 Republican Sen. Rand Paul of Kentucky is blocking the ten-year package of U.S. military aid to Israel, and frustrated pro-Israel lobbyists have turned to social media to pressure him to let the measure through.

The U.S.–Israel Security Assistance Authorization Act of 2018, which enacts as law the $38 billion defense aid negotiated in the final days of the Obama administration, has already passed in the Senate and House, but a final version smoothing out differences between two versions of the bill awaits approval.

That approval would be forthcoming if it weren’t for Rand, who put a hold on it — a parliamentary procedure that allows senators to prevent a motion from reaching a floor vote.

Paul’s obstructionism is not because he is against Israel, his office explains, but part of his broader ideological critique of foreign aid.

Christians United for Israel, or CUFI, has called on its members to flood Paul’s office with calls and letters urging him to relent.

Paul’s office did not immediately return a request for comment.

The Kentucky senator has stalled foreign aid bills in the past, but has also in the end bowed to pressure from his colleagues, who represent the broad bipartisan consensus that Israel’s security is a vital concern and the legislation must go through.