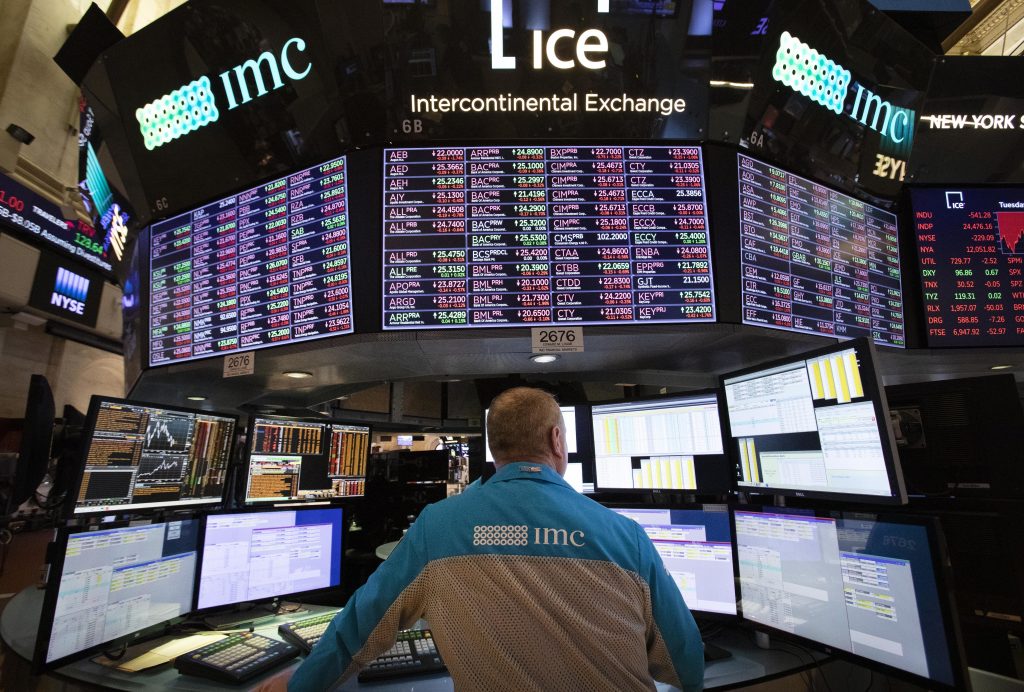 Major U.S. stock indexes are mostly lower Tuesday after a strong gain the day before. A steep loss for United Technologies is taking industrial and defense companies lower. Steelmakers and other materials companies are falling while technology and internet companies edge higher.

NO LONGER UNITED: United Technologies said it will split into three companies now that it has finished its $23 billion purchase of aviation electronics maker Rockwell Collins. The company’s aerospace and defense industry business will keep the United Technologies name, while its Otis elevator business and Carrier air conditioner and building systems unit will become separate companies.

TAKEOFF: Spirit Airlines surged 16.4 percent to $59.32 after it forecast a big jump in revenue in the fourth quarter. Analysts were optimistic that other airlines might see similar gains. Delta climbed 2.8 percent to $58.27 and United Continental picked up 1.3 percent to $92.93.

BRISTOL BRUISED: Bristol-Myers Squibb fell after it reported disappointing results from a cancer drug study. The company said the combination of its drugs Yervoy and Opdivo did not improve survival for patients with small cell lung cancer. Bristol-Myers was studying the drug as a maintenance therapy for patients who had already finished a round of chemotherapy.

TARIFF TURMOIL FOR TECH: Trump told the Wall Street Journal that he expects to raise tariffs on $200 billion in Chinese imports on Jan. 1. His administration recently imposed a 10 percent tax on those imports, and at the start of the year that’s scheduled to rise to 25 percent. Trump also threatened again to place tariffs on all remaining U.S. imports from China.

The administration’s tariffs on Chinese goods have driven up costs for many businesses, but consumers haven’t felt as much of a sting. Another round of tariffs on products like laptops and computers would change that. Trump is scheduled to meet with Chinese President Xi Jinping during the Group of 20 summit in Argentina later this week.

Tech stocks wobbled early on, but later recovered. Apple slipped 0.5 percent to $173.78. Apple stock has fallen 25 percent since early October, a drop that wiped out almost $300 billion in value. That’s left Apple and Microsoft essentially tied for the title of the most valuable publicly traded company in the world, as Apple’s current market value is about $824 billion to $819 billion for Microsoft.

Microsoft hasn’t done any worse than the rest of the stock market in October and November, and for technology companies, that’s been a good result. Its shares rose 0.2 percent to $106.71 Tuesday.