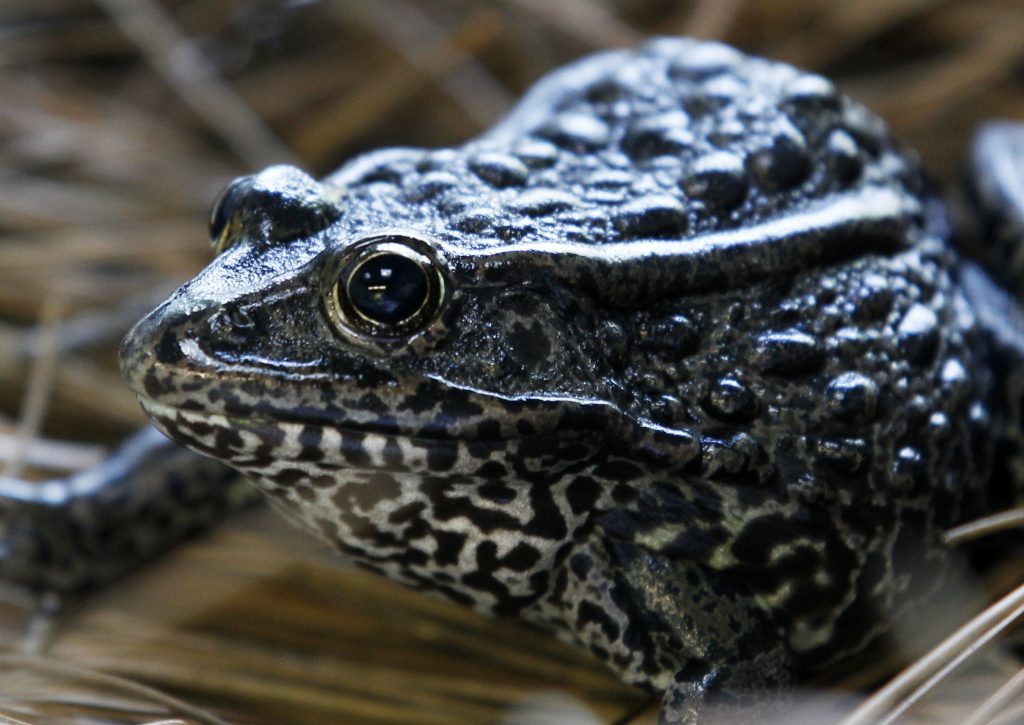 The Supreme Court on Tuesday delivered a unanimous win to property owners contesting government designation of their land as a critical habitat for endangered species, and dealt a setback to the shy and homely dusky gopher frog.

The court remanded the case, saying a lower court had been too deferential to the government’s designation of more than 1,500 acres of Louisiana land as a potential future home for the frog, which is known to live only in parts of a national forest in neighboring Mississippi.

The U.S. Court of Appeals for the 5th Circuit should have examined more closely whether the land in question could actually support what is one of the world’s most endangered amphibians, Chief Justice John Roberts Jr. wrote for the court.

It also should have considered whether the government agency’s balancing of the benefits and costs of the designation — estimates ranged from nothing to a $33 million loss for the property owners — was flawed, Roberts and the court held.

The Poitevent family owns most of what the government calls Unit 1, a 1,544-acre swath of land in St. Tammany Parish, a fast-growing area across Lake Pontchartrain from metropolitan New Orleans. Timber giant Weyerhaeuser owns a bit of the land and has a long-term lease to harvest pine trees on the rest.

The dusky gopher frog — so named because of its color and because it lives mostly underground, in gopher tortoise burrows — hasn’t been seen in Louisiana since the 1960s. It was once thought to be extinct and was listed as an endangered species in 2001, after a single colony of 100 frogs was discovered in southern Mississippi.

“Warts dot its back, and dark spots cover its entire body. It is noted for covering its eyes with its front legs when it feels threatened, peeking out periodically until danger passes. Less endearingly, it also secretes a bitter, milky substance to deter would-be diners.”

The Endangered Species Act requires the Fish and Wildlife Service to identify critical habitat for designated creatures, and the law specifically envisions both land that is occupied by the species and land that is not.

The Louisiana land contained something critical to the finicky frogs’ survival: “ephemeral” ponds, which dry up during part of the year and thus cannot support fish that would eat the frogs’ eggs. But the landowners said their property lacked another crucial component: an open forest canopy that eases mobility for the animals.

Roberts suggested that because the land is not habitable by the frogs, it could not be designated “critical habitat.” But the court sent it back to the lower court to consider that question.

The decision was 8 to 0. The case was argued before Justice Brett Kavanaugh was confirmed, and he took no part in the decision.

The frog’s defenders said they were glad the court left the door ajar.

“While we’re disappointed, the ruling doesn’t weaken the mandate to protect habitat for endangered wildlife,” said Collette Adkins, a Center for Biological Diversity attorney. “The dusky gopher frog’s habitat protections remain in place for now, and we’re hopeful the 5th Circuit will recognize the importance of protecting and restoring habitats for endangered wildlife to live.”

But there is another threat. While the land was designated during the Obama administration, and the decision was defended in the courts by the Department of Justice, the Trump administration has said it wants new rules for the Endangered Species Act.

The case is Weyerhaeuser v. U.S. Fish and Wildlife Service.