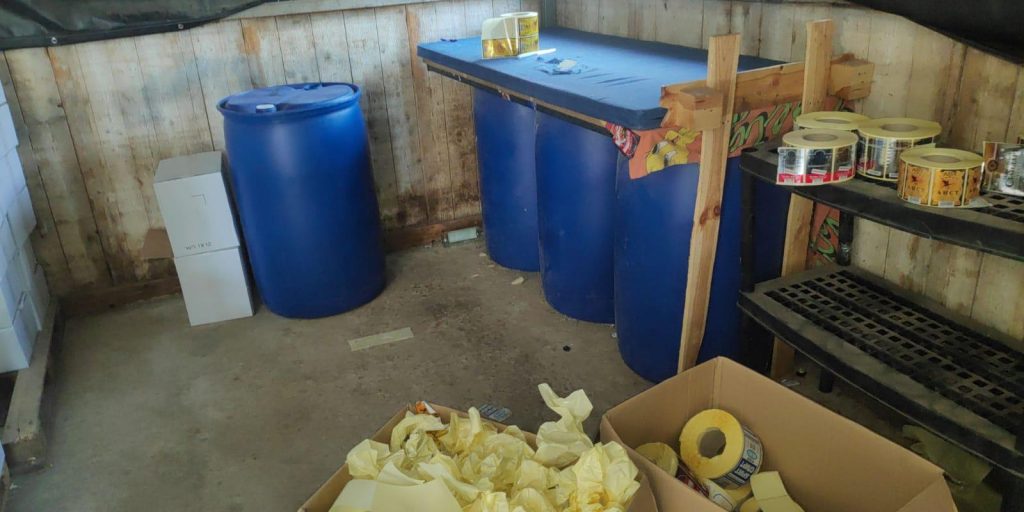 Border Police on Tuesday confiscated a large shipment of “illegal eggs” – eggs raised in henhouses in the Palestinian Authority and smuggled into Israel. The catch netted authorities a total of 18,000 eggs, which were slated for sale in Yerushalayim and Beit Shemesh.

The eggs were hidden in the walls of a truck, which attempted to pass through the Hizme checkpoint north of Yerushalayim Tuesday. After inspection, officials decided to check a little more closely, as something didn’t seem right about the truck – and using advanced technological methods, they discovered the hidden eggs. The truck was confiscated, the eggs were destroyed, and the driver arrested.

The confiscation Tuesday follows one on Monday night south of Yerushalayim, as two Arabs from the Bethlehem area tried to smuggle 2,000 eggs into Yerushalayim. Officials said that such eggs were dangerous, as they were hatched from chickens that were raised in unhealthful conditions. “Besides the health problems that could result from eating unsupervised food, the importation of illegal eggs harms the income and economic standing of Israelis in numerous industries,” police said in a statement.

Meanwhile, officials in the central community of Kiryat Ekron shut down a factory responsible for producing thousands of liters of illegal alcoholic products. A 40-year-old individual, said to be the factory’s owner, was arrested. Police said that the factory produced various kinds of alcohol, including vodka, scotch, liqueurs, etc., which were distributed to stores in the center and south of the country.

A large amount of methanol (methyl alcohol), often used in such illegal operations to enhance the alcoholic content of drinks, was found as well. Methanol is toxic, and has been responsible for the death of thousands around the world when consumed in alcoholic beverages, police said.

Also discovered were thousands of labels to be used for bottles, some of them imitations of well-known international brands.

Last week, police in Be’er Sheva tracked down a similar operation, discovering 24 vats of alcohol, with each vat containing 220 liters of illegal beverages – with each vat valued at NIS 10,000 on the street. An additional 500 bottles of illegal alcohol, ready for distribution, were also discovered.