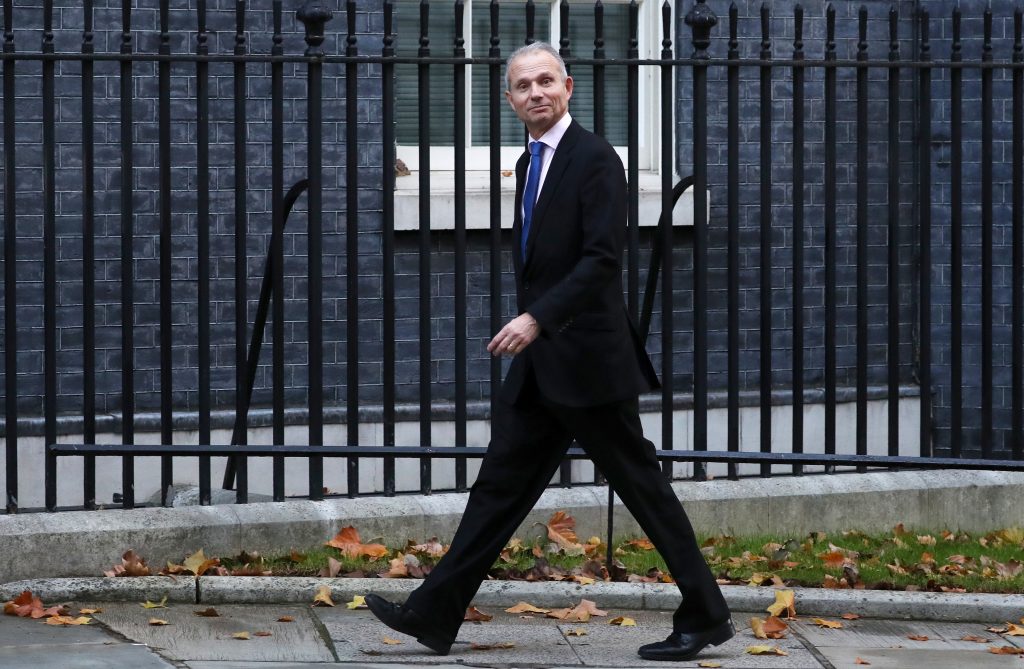 Prime Minister Theresa May began a tour of the United Kingdom to drum up support for her Brexit divorce deal with the European Union, while her deputy said on Tuesday that Parliament might reject it if asked to vote on it now.

May has warned skeptical lawmakers that if they reject the deal, the world’s fifth largest economy will either leave without an agreement or Brexit could be delayed or even reversed. The vote in Parliament is scheduled for Dec. 11.

Amid demands from British lawmakers for May to seek a better deal from the EU, a step Brussels has said it will not countenance, her de facto deputy, David Lidington, told Sky News: “If the vote were today, it would be a difficult one to win, but I think that we have time between now and [Dec. 11] to make the case.”

In a separate interview with the BBC, Lidington, the Cabinet Office Minister, said it was “wishful thinking” on the part of some lawmakers that the EU would offer an alternative plan if Parliament rejected the deal.

“There’s no plan B because the European Union itself is saying the deal that is on the table is the one that we have had to compromise over,” he said.

May sealed a deal with EU leaders on Sunday that would see Britain leave the bloc on March 29 with continued close ties, but she now faces an uphill struggle to get it approved by a divided Parliament where lawmakers of all parties and on both sides of the Brexit debate have criticized it.

May will travel to Northern Ireland and Wales on Tuesday as part of a tour aimed at rallying support for the deal.

PM May faced further censure on Brexit from the United States, where President Donald Trump said the EU got a good deal that may make trade between Washington and London more difficult.

“I think we have to take a look seriously whether or not the U.K. is allowed to trade,” Trump said. “Because right now if you look at the deal, they may not be able to trade with us … And that wouldn’t be a good thing. I don’t think they meant that.”

May’s office said the deal would allow the U.K. to sign trade deals with countries throughout the world and it had begun laying the groundwork for an agreement with the United States.

Such is the pressure on her leadership that The Times reported some Brexit-supporting lawmakers in May’s Conservative Party were demanding that she set out when she will quit as a condition for supporting the deal.

May has 314 active Conservative lawmakers in the 650-seat House of Commons and would need around 320 votes to ratify the deal.

Even one of her allies, former Defense Secretary Michael Fallon, said on Tuesday he could not support it.

Fallon, who resigned last year after a journalist accused him of inappropriate behavior, told BBC radio negotiators should head back to Brussels to secure a better agreement, even if this meant postponing the leaving date for two or three months.

“My fear is that this deal gives us the worst of all worlds. No guarantee of smooth trade in the future and no ability to reduce the tariffs that we need to conclude trade deals with the rest of the world,” Fallon said, adding unless Parliament could be persuaded those things were possible “the deal is doomed.”

Amid such uncertainty, some lawmakers are calling for Britain’s exit to be delayed or even canceled.

At a hearing in a case supporters of membership hope could pave the way to a second referendum and ultimately stop Brexit, Europe’s top court was told on Tuesday that Britain can unilaterally reverse its decision to leave the EU.