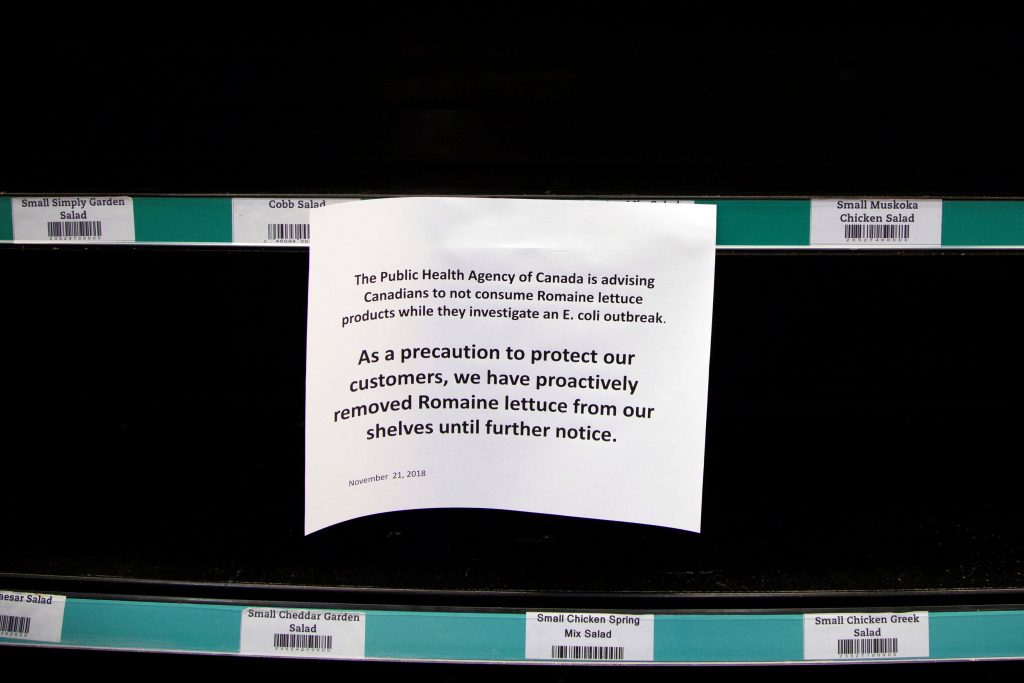 The U.S. Food and Drug Administration said on Monday that the source of an E.coli outbreak in the United States and Canada that has been associated with romaine lettuce appeared to be growers in the Central Coast region of California.

At least 43 people in 12 states and 22 people in Canada have been sickened in the outbreak. Last week the U.S. Centers for Disease Control and Prevention issued a blanket warning to avoid all romaine and advised consumers, restaurants and markets to destroy any on hand.

The FDA said on Monday that all romaine lettuce entering the market should now be labeled with a harvest location and date and that consumers should not buy or eat it if that information is missing.

The agency said that going forward romaine lettuce grown in the Central Coast region of California should be discarded, while product from elsewhere was no longer subject to a warning.