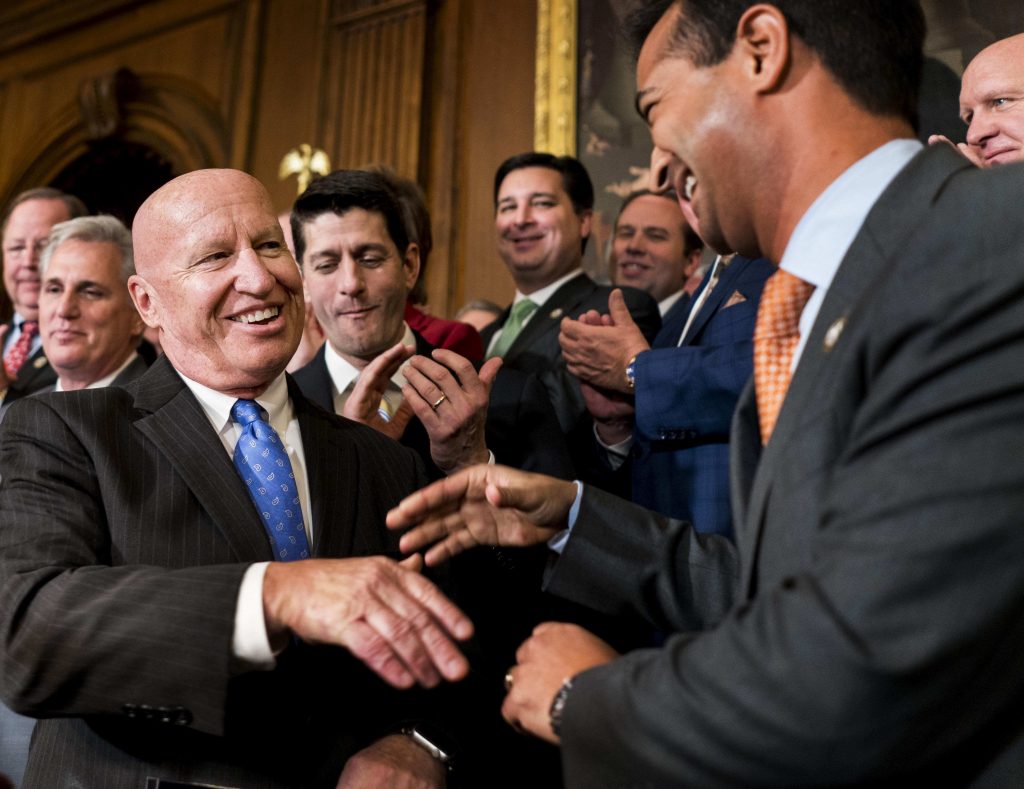 House Republicans on Monday unveiled a tax package that would fix some technical errors in the tax law they passed last year, reform parts of the Internal Revenue Service, and provide tax relief for victims of the California wildfires and other natural disasters.

The legislation also would extend about 30 tax breaks that are regularly renewed but are at risk of expiring, and the bill aims to make it easier for small employers to provide retirement plans to their workers.

Rep. Kevin Brady, R-Texas, chairman of the Ways and Means Committee, released the nearly 300-page bill Monday night during Congress’ lame-duck session. The proposal would require Democratic votes in the Senate to be signed into law, and faces an uncertain fate given a crunch of other issues facing Congress before it adjourns in December.

“The policy proposals in this package have support of Republicans and Democrats in both chambers,” Brady said in a statement. “I look forward to swift action in the House to send these measures to the Senate.”

But the proposal faced criticism for not being crafted with Democratic support, as Sen. Ron Wyden, D-Ore., the top Democrat on the Senate Finance Committee, said he was not consulted on the package. Congressional Democrats may not be interested in helping Republicans fix a tax law the GOP passed without bipartisan input, at least without adding to the Democratic priorities or legislation to the bill.

“There was no communication from his staff, including a heads up that something was coming,” Wyden spokeswoman Rachel McCleery wrote on twitter. “That is not how you negotiate.”

In their 2017 tax law, Republicans unintentionally changed the tax code in a way that made it take longer for stores or restaurants to take tax deductions for the costs of remodeling. Monday’s bill unveiled aims to revise that issue, as well as address other drafting errors.

The disaster relief package offers temporary tax relief to victims of hurricanes Michael and Florence, according to a GOP aide, as well as for victims of a volcano in Hawaii.

The legislation would also extend tax breaks currently set to expire, including those for alternative fuels, race horse expenses,and the deduction for private mortgage insurance, according to Nicole Kaeding, director of federal projects at the Tax Foundation, a think tank.

The IRS section of the new tax bill would require the agency to develop “a comprehensive customer service plan” to submit to Congress, as well as a plan to reorganize by September 2020, according to Kaeding.

Under current law, firms must either be in the same kind of business or located in roughly the same area to pool retirement benefits. Brady’s proposal would lift that restriction, Richman said.

The legislation also would require benefit statements to illustrate the retirement benefits of an employee’s savings – something already required on the statements for federal workers.