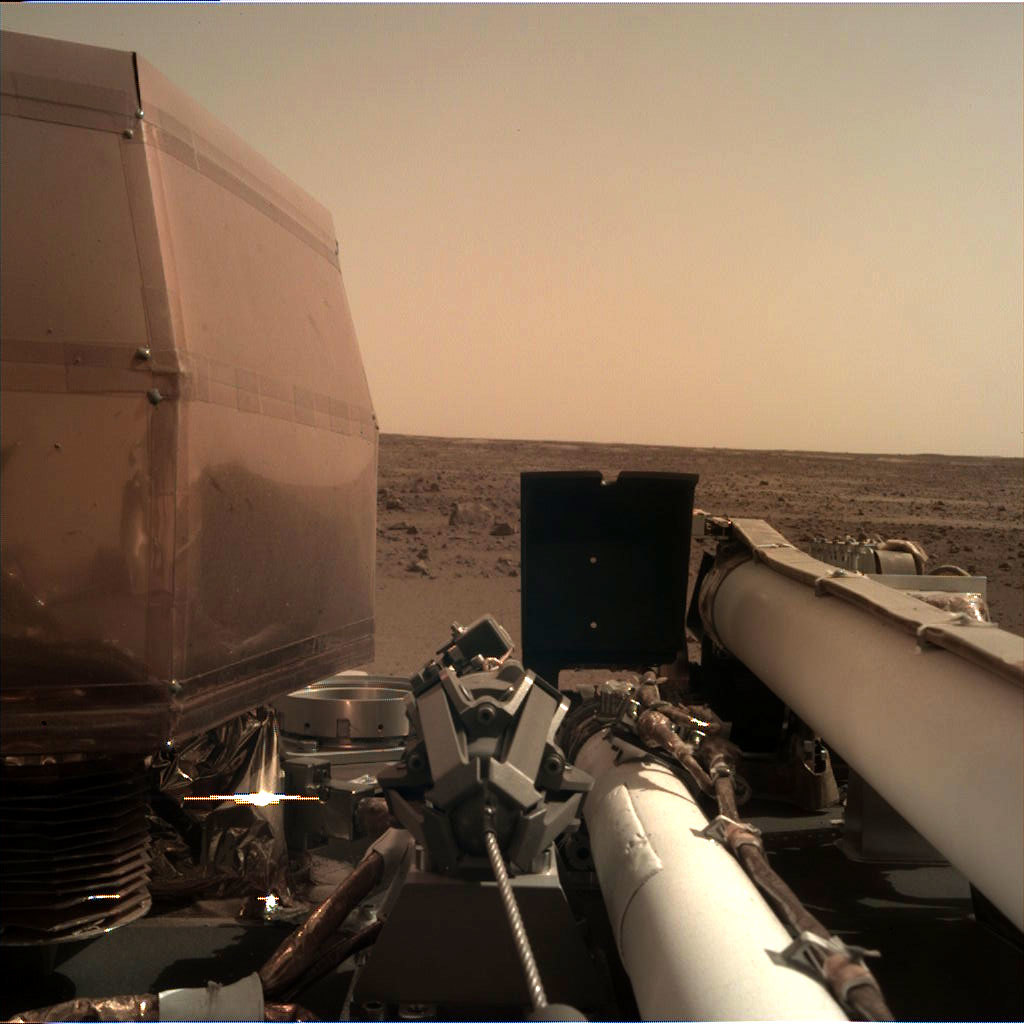 NASA’s InSight has sent signals to Earth indicating that its solar panels are open and collecting sunlight on the Martian surface. NASA’s Mars Odyssey orbiter relayed the signals, which were received on Earth at about 5:30 p.m. PST (8:30 p.m. EST). Solar array deployment ensures the spacecraft can recharge its batteries each day. Odyssey also relayed a pair of images showing InSight’s landing site.

“The InSight team can rest a little easier tonight now that we know the spacecraft solar arrays are deployed and recharging the batteries,” said Tom Hoffman, InSight’s project manager at NASA’s Jet Propulsion Laboratory in Pasadena, California, which leads the mission. “It’s been a long day for the team. But tomorrow begins an exciting new chapter for InSight: surface operations and the beginning of the instrument deployment phase.”

InSight’s twin solar arrays are each 7 feet wide; when they’re open, the entire lander is about the size of a big 1960s convertible. Mars has weaker sunlight than Earth because it’s much farther away from the Sun. But the lander doesn’t need much to operate: The panels provide 600 to 700 watts on a clear day, enough to power a household blender and plenty to keep its instruments conducting science on the Red Planet. Even when dust covers the panels — what is likely to be a common occurrence on Mars — they should be able to provide at least 200 to 300 watts.

The panels are modeled on those used with NASA’s Phoenix Mars Lander, though InSight’s are slightly larger in order to provide more power output and to increase their structural strength. These changes were necessary to support operations for one full Mars year (two Earth years).

In the coming days, the mission team will unstow InSight’s robotic arm and use the attached camera to snap photos of the ground so that engineers can decide where to place the spacecraft’s scientific instruments. It will take two to three months before those instruments are fully deployed and sending back data.

In the meantime, InSight will use its weather sensors and magnetometer to take readings from its landing site at Elysium Planitia — its new home on Mars.