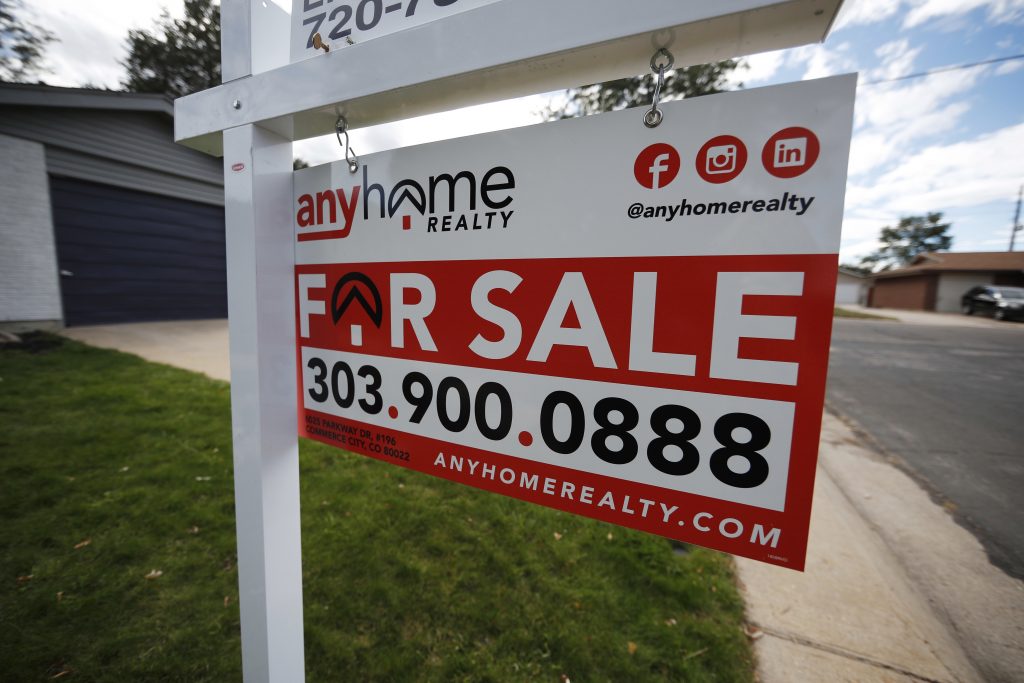 U.S. home prices increased more slowly in September from a year ago as higher mortgage rates weighed on sales.

The S&P CoreLogic Case-Shiller 20-city home price index, released Tuesday, rose 5.1 percent from a year earlier. That’s down from a 5.5- percent yearly gain in the previous month. It was the sixth straight month that home price increases have slowed.

The weaker price gains reflect a broader slowdown in the nation’s housing market. Sales of existing homes rose modestly in October, snapping a six-month streak of declines. But sales are still 5.1 percent- lower than they were a year ago. New home sales have fallen for four straight months.

The declines can be mostly traced to higher mortgage rates, which have jumped in the past year. The average rate on a 30-year fixed mortgage was 4.8 percent last week, up from 3.9 percent a year ago.

Home prices, even with the slowdown, are still rising more quickly than incomes. Combined with higher borrowing costs, that has made a home purchase less affordable for many Americans.

Nine of the 20 cities tracked by the index reported lower prices in September compared with the previous month, according to the index.

The largest yearly price increases were in Las Vegas, San Francisco and Seattle, where prices rose 13.5 percent, 9.9 percent and 8.4 percent, respectively. The smallest were in New York, Washington, D.C., and Chicago, where they increased 2.6 percent, 2.9 percent and 3 percent.

There are signs that Seattle’s housing market is finally cooling after years of double-digit price increases. Its home prices fell in September from the previous month for the third month in a row.

Nationwide, a shortage of homes for sale has plagued potential buyers for the past couple of years, but the inventory of unsold homes has crept higher in recent months. Ralph McLaughlin, deputy chief economist at CoreLogic, a real estate data firm, said that is bringing supply and demand more into balance.