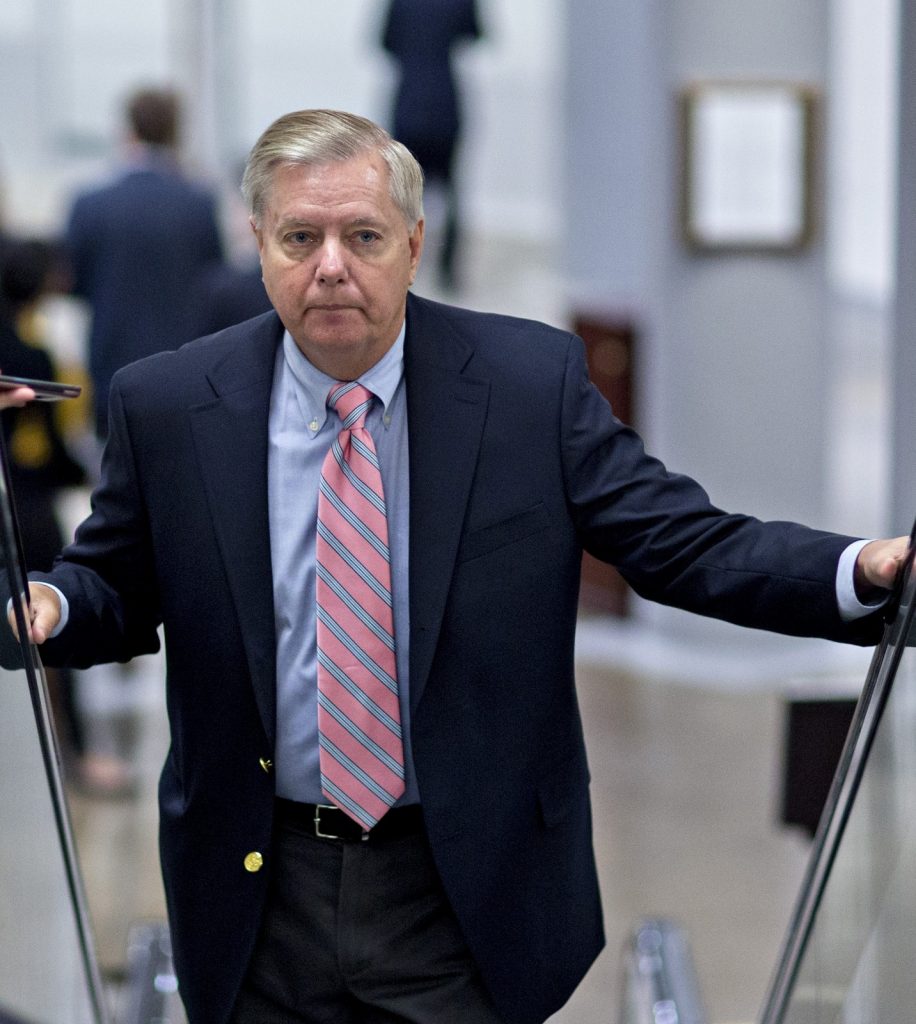 Does the Holocaust represent a unique atrocity or lie on a spectrum with other moral crises and acts of mass murder? The question has provoked conflict since World War II.

It now divides two of Washington’s most outspoken figures. Incoming Democratic- Socialist Rep. Alexandria Ocasio-Cortez, the New York firebrand, and Sen. Lindsey Graham of South Carolina, the once proudly centrist Republican, came down on opposite sides of the issue. Their disagreement briefly turned Twitter on Monday into a high-minded platform for an exchange about history and memory.

Graham insisted that reckoning with Nazi crimes against humanity meant seeing them as utterly distinct from the unrest at the southwest border, while Ocasio-Cortez maintained that the point of Holocaust remembrance was to apply its lessons to contemporary events. The standoff reflects the degree to which present-day strife rests on divergent understandings of the past. This is especially evident in roiling contests over race and gender, on display, for instance, in Tuesday’s special election in Mississippi, where incumbent Republican Cindy Hyde-Smith has been haunted by her embrace of the state’s Confederate past.

At the center of the debate between Ocasio-Cortez and Graham were photographs of tear-gassed migrants at the U.S.-Mexico border near Tijuana, where hundreds attempted to cross on Sunday to seek asylum. Border agents used the noxious substance, which is proscribed in warfare, to deter them. Images of anguished women and children drew condemnation from Democrats and immigrant advocates.

Outrage coursed through social media, finding a sounding board on Ocasio-Cortez’s Twitter feed.

Graham fired back on Monday, saying her comparison was off. He suggested – refraining from addressing her directly by using the third person — that she brush up on her history. The Trump administration and its allies maintain that the low likelihood that the migrants would be awarded refugee status justifies their exclusion.

The congresswoman-elect appeared not to be suggesting that the situation at the border, or in Central America where the caravan originated, was equivalent to the mass murder of Jews in Europe. The gas chambers of Nazi Germany find no parallel along the southern border.

What both cases do highlight, she seemed instead to be saying, is the universal need for sanctuary, a right codified in the 1951 United Nations convention on refugees and protected by subsequent acts of Congress.

But that was only after scores of Jewish refugees were turned away from the U.S., blocked by immigration restrictions on the books through World War II. During an isolationist turn after the century’s first great war, Congress limited the number and “national origin” of new immigrants.

As Jews were stripped of their rights in the 1930s, and then rounded up to work or to face extermination, among those who were unable to obtain the proper visas to come to the U.S. were Anne Frank and her family.

“Anne Frank could be a 77-year-old woman living in Boston today — a writer,” Richard Breitman, a professor of German history at American University, told NPR in 2007, when letters from the diarist’s father were uncovered that documented their failed quest to come to the U.S.

Instead she perished at 15 in the Bergen-Belsen concentration camp.

For some, this history compels the country to adopt a different approach 75 years later.

“During the 1930s and 1940s, the United States, along with the rest of the world, generally refused to admit Jewish refugees from Nazism due to anti-Semitic and xenophobic attitudes, harsh economic conditions, and national security fears,” the United States Holocaust Memorial Museum noted in a statement in January 2017, after Trump had issued his travel ban, which aimed to block foreigners from several Muslim-majority nations from entering the U.S. The museum observed that protecting national security was compatible with “protecting legitimate refugees whatever their national or religious identity.”

The Holocaust has long been a touchstone in discussions of state violence and human evil. But the 20th-century annihilation of European Jewry has gained new attention as anti-Semitic attacks multiply, as resurgent nationalism worldwide elicits comparisons to the crimes of the Third Reich, and as the war in Syria continues to propel the largest human displacement in decades.

For those charged with curating memory of the Holocaust, these events have been cause for reflection about whether the lessons of the 20th century have been effectively absorbed.

Many Americans lack basic knowledge of the Holocaust, according to a survey released in April, on Holocaust Remembrance Day. Nearly half cannot name a single concentration camp — not Auschwitz, Treblinka, Belzec or any others — according to the Claims Conference, which conducted the national survey.

Ocasio-Cortez is not one of them, she sought to attest on Twitter. She responded to Graham’s suggestion that she visit the Holocaust Museum by offering a different view of “the point of such a treasured museum.”

“This administration has jailed children and violated human rights,” she wrote, arguing that authoritarianism and violence were not “a historical event” but rather “a growing force.”