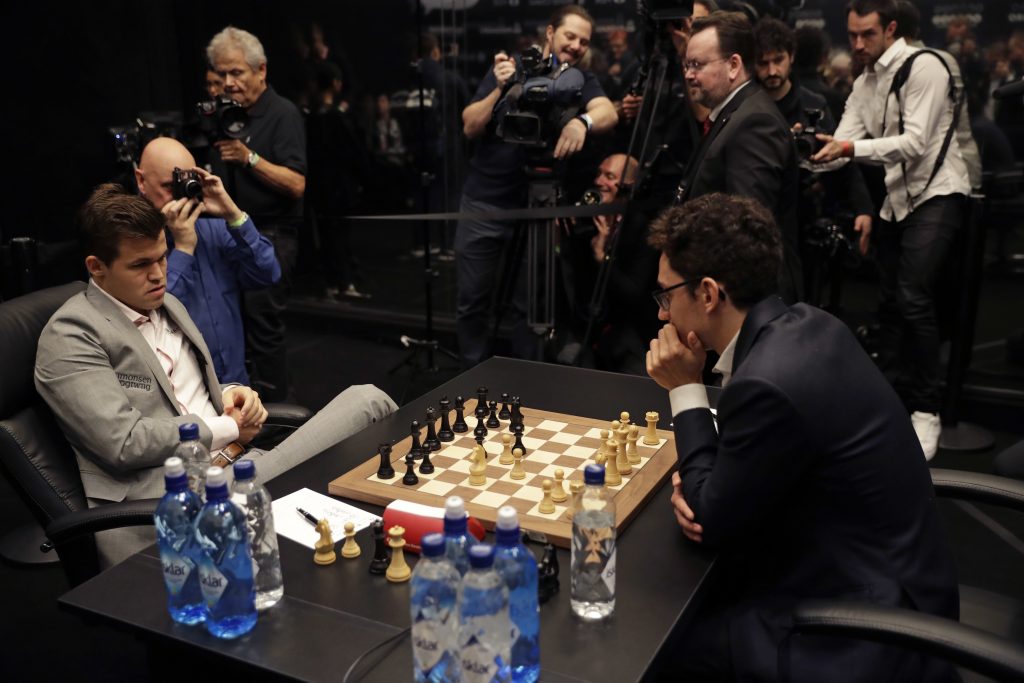 After more than 50 hours of play over nearly three weeks, the chess world championship title will be decided by speedy tiebreaker games.

A 12-game battle of brains between American challenger Fabiano Caruana and reigning champion Magnus Carlsen of Norway has resulted in 12 straight draws. That means the match — which is taking place in a soundproof box on a stage in London — now comes down to a series of rapid games Wednesday.

Caruana, 26, is trying to become the first American since Bobby Fischer to be crowned chess world champion. Still, he remains the underdog against the 27-year-old Carlsen, a former teenage prodigy who has been the world’s top-ranked player since the age of 19 and is considered even more dominant when playing with shorter time controls.