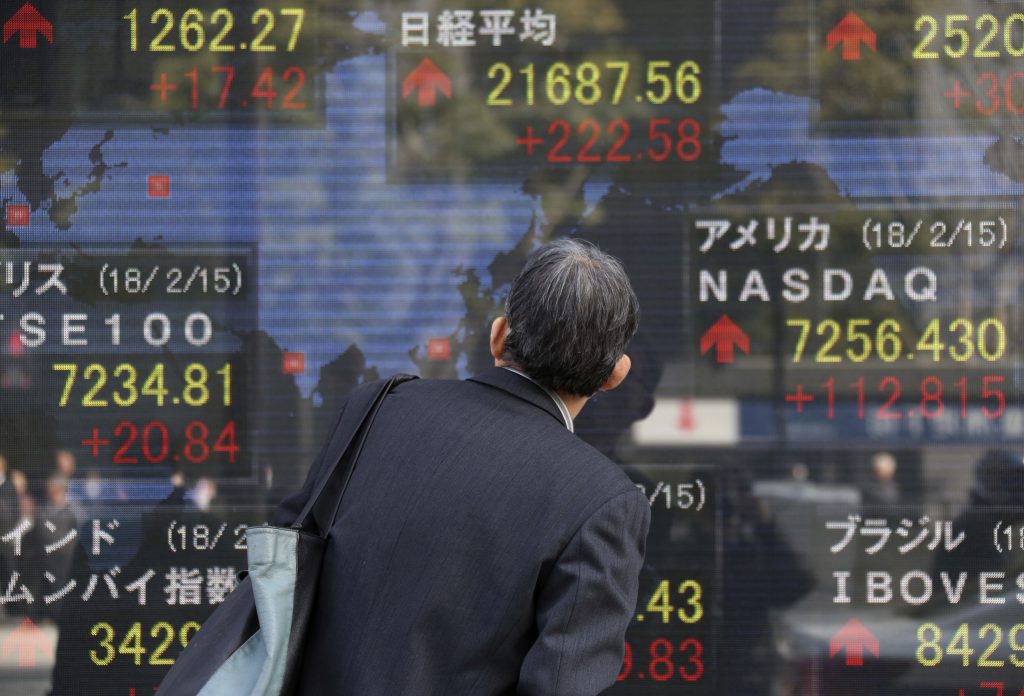 Asian share markets fought to keep a global rebound alive on Tuesday after President Donald Trump seemed to quash hopes of a trade truce with China, clouding what had been a bright start to the week.

MSCI’s broadest index of Asia-Pacific shares outside Japan dithered either side of flat and was last up 0.2 percent. E-Mini futures for the S&P 500 dipped 0.1 percent and spread-betters pointed to a subdued start for the major European Bourses.

In an interview with the Wall Street Journal, Trump said he expects to move ahead with raising tariffs on $200 billion in Chinese imports to 25 percent from the current 10 percent.

Trump said it was “highly unlikely” he would accept China’s request to hold off on the increase, planned for Jan. 1.

The comments ran counter to recent speculation about a possible deal when Trump meets Chinese President Xi Jinping at the G-20 summit in Buenos Aires later this week.

“Trump’s pessimistic view on the chances of a game-changing China trade deal may puncture global equity markets‘ optimistic start to the week,” said Sean Callow, a senior FX analyst at Westpac in Sydney.

“Combined with last week’s harsh report from the U.S. trade representative, investors have only the flimsiest hope that the Trump-Xi meeting in Argentina will amount to more than a hill of soybeans.”

That put trade-sensitive currencies, including the Australian dollar, on the defensive, while the dollar lost some ground on the safe haven yen to 113.46.

Shares in Apple Inc. fell after-hours in reaction to Trump’s comments that tariffs could also be placed on laptops and iPhones imported from China.

Trump’s remarks came just as the mood among investors had shown signs of brightening and Wall Street took heart from an upbeat holiday shopping period.

The rally came after the S&P 500 on Friday recorded its lowest close in six months, down more than 10 percent from September’s peaks and back in “correction” territory.

In commodity markets, oil prices labored with record production by Saudi Arabia. Oil had climbed nearly 3 percent on Monday but that was seen as largely a technical correction after weeks of heavy losses, driven both by oversupply and demand worries.

Analysts at National Australia Bank noted that the 30-percent drop in oil since early October would drag on U.S. inflation in coming months, perhaps offering further reason for the Federal Reserve to go slower on tightening.

“This is a starkly different picture to just a few months ago,” said NAB’s market strategist Tapas Strickland.

“A stable-to-lower inflation outlook means there is no urgency for the Fed to hike rates,” he added. “An early 2019 pause is thus becoming more probable.”

The futures market has already shifted to imply two more hikes at most next year, while the Fed itself is predicting three and more in 2020.

Ears will thus be pricked for a speech by Fed Vice Chairman Richard Clarida later on Tuesday, ahead of an appearance by Chair Jerome Powell the day after.