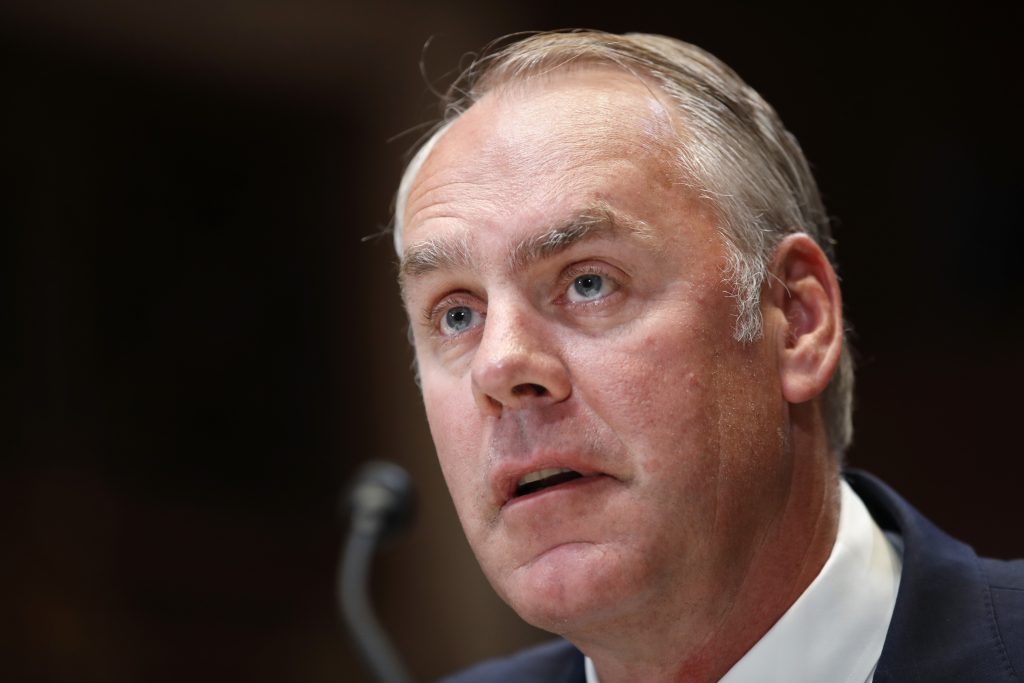 An internal watchdog has cleared Interior Secretary Ryan Zinke of wrongdoing following a complaint that he redrew the boundaries of a national monument in Utah to benefit a former state lawmaker and political ally.

The Interior Department’s office of inspector general says it found no evidence that Zinke gave former state Rep. Mike Noel preferential treatment in shrinking the boundaries of Utah’s Grand Staircase-Escalante National Monument. Noel, who publicly pushed for the monument to be redrawn, owns land that was surrounded by the monument but now is located outside its boundaries.

The Associated Press obtained a copy of the report, which has not been released publicly.

Zinke faces other probes, including one centered on a Montana land deal involving a foundation he created which was run by his wife.