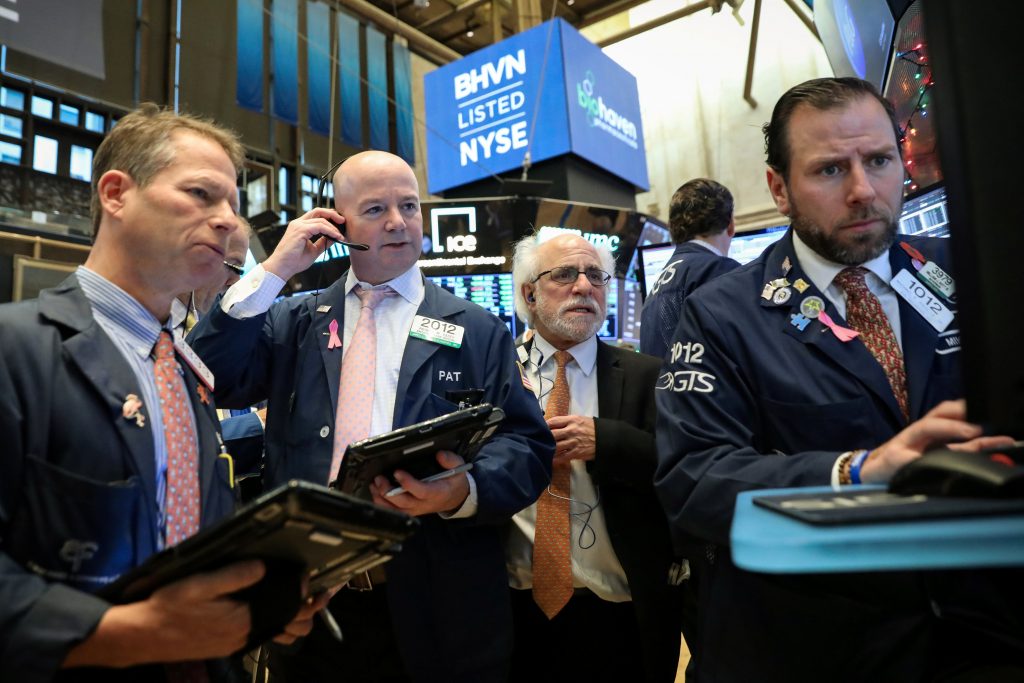 Global stocks are rising Monday morning as big technology stocks recover some of their recent losses, and retail and travel companies climb on the first full trading day of the year-end shopping season. Indexes in Europe and Asia are also higher.

London’s main stock index is rising after the British government and the European Union agreed to terms governing Britain’s departure from the EU in March, but it’s not clear if Parliament will approve the deal.

Crude oil prices are rising after plunging by about one-third since early October.

TRADE TALKS: U.S. President Donald Trump and Chinese President Xi Jinping are scheduled to discuss their trade dispute in Buenos Aires at the end of this week. Stocks have skidded recently as investors have grown pessimistic about the two countries being able to resolve their differences over technology policy and other issues, and they’re fearful that the rising tariffs imposed by the U.S. and China on each other’s goods will slow down global economic growth.

Rising interest rates are also contributing to those fears. The Federal Reserve is expected to raise interest rates in mid-December, and investors will look for clues about the Fed’s plans for further increases in 2019.

TECH AND RETAIL RALLY: Technology companies and retailers have been hit hard during the market’s recent slide, and they made some of the largest gains Monday. Microsoft rose 2.3 percent to $105.41. Cisco Systems gained 1.4 percent to $45.16 and chipmaker Nvidia jumped 2.1 percent to $148.06.

PUMP THE BRAKES: General Motors will lay off 14,700 factory and white-collar workers in North America and could close five plants. The company said it will focus more on autonomous and electric vehicles, and also wants to prepare for a future economic downturn while conditions are still good. The stock jumped 5.8 percent to $37.97. Ford rose 3.1 percent to $9.41.

Crude prices plunged 11 percent last week, their seventh straight weekly decline. Worries that the global economy is slowing down have contributed to the drop. Another factor is the combination of rising oil production and the waivers the Trump administration granted to several countries that import a lot of oil from Iran. The administration re-imposed sanctions on Iran’s energy industry and had insisted countries that buy oil from Iran would have to end their imports.

Representatives of OPEC and other major oil producers will meet in Vienna in early December to discuss a possible cut in production.

BREXIT DEAL: The European Union and Britain finally sealed an agreement governing the country’s departure from the bloc on March 29. British Prime Minister Theresa May must now get her divided Parliament to back the deal, which leaves Britain subject to rules of the bloc at least until the end of 2020, but avoids the worst-case scenario for businesses of a sudden return of tariffs and customs checks. It’s not clear if the deal will be approved, as PM May is facing opposition from both pro-Brexit and pro-EU camps.

BONDS: Bond prices fell. The yield on the 10-year Treasury note rose to 3.07 percent from 3.05 percent. That sent interest rates higher, which helped banks. JPMorgan Chase jumped 2.5 percent to $109.30 and Bank of America climbed 2 percent to $27.51.

Utility and real estate companies and makers of household goods didn’t rise as much as the rest of the market. Those stocks have made big gains during the market’s bout of turbulence in October and November because investors see them as safer options that offer steady returns with less risk. They also pay large dividends, which makes them less appealing when bond yields are rising.