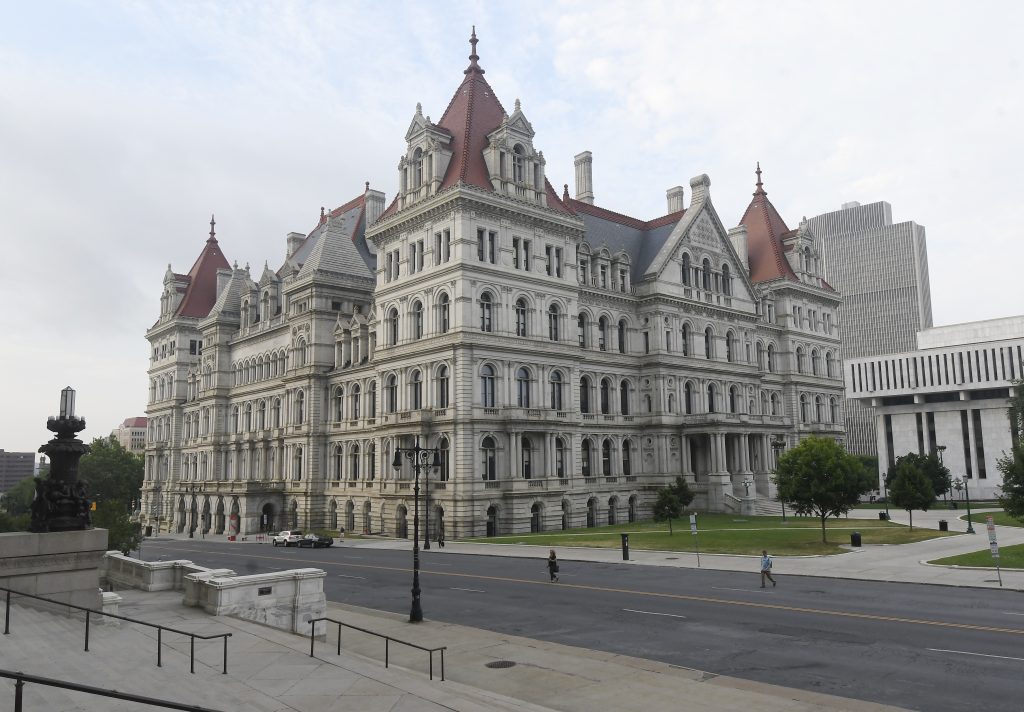 The New York state Senate will be led by a woman for the first time in the state’s history after Democrats formally chose veteran lawmaker Andrea Stewart-Cousins as their leader on Monday.

Stewart-Cousins has led the Senate’s Democratic minority since 2012 and is now poised to control the entire chamber beginning in January after her party won a majority in this month’s election.

Democrats already have an overwhelming majority of seats in the state Assembly. They also occupy all four statewide offices. Now that they control the Senate, Democrats are predicting fresh momentum for proposals that would strengthen gun-control laws, codify Roe vs Wade,and reform the state’s antiquated voting laws. Many of those ideas had been blocked by the Republicans who previously led the Senate.

Stewart-Cousins, 68, represents a Westchester County district that includes Yonkers, White Plains, Tarrytown and Scarsdale. She is a former teacher and sales and marketing professional who served in local government before being elected to the state Senate in 2006.

Democratic Gov. Andrew Cuomo hailed Stewart-Cousins as a “trailblazer” and a “proven leader and a skilled legislator.”

The Senate’s outgoing Republican leader, Republican John Flanagan of Long Island, also had kind words for the woman set to take his place, calling Stewart-Cousins a friend, a good listener and “a class act and a truly extraordinary person.”

“I believe we can work collectively, responsibly, and in a bipartisan way,” he said in a statement.

As the first woman to lead either the Senate or Assembly, Stewart-Cousins will be the first female member of Albany’s so-called “three men in a room,” the group made up of the governor and leaders of the Senate and Assembly who routinely negotiate the details of the state budget and other key bills behind closed doors.

When asked how that Albany institution will change now that a woman is included, Stewart-Cousins smiled.

“I have not been in the room,” she said. “So that will be a difference right there.”