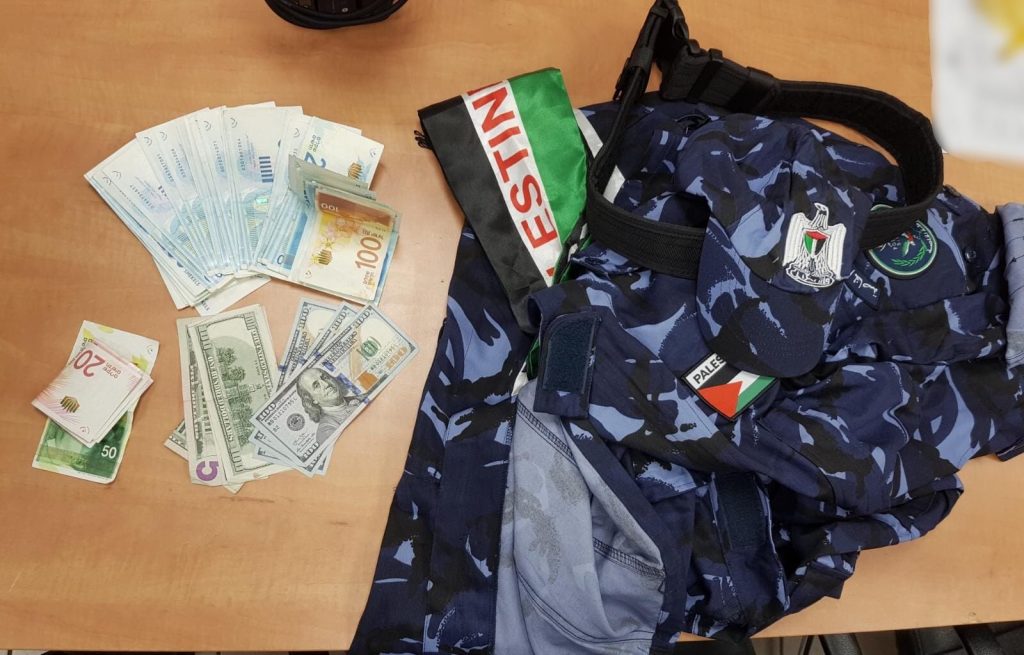 Police in Yerushalayim overnight Sunday arrested 32 Arabs, all Israeli residents, on charges of being members of the Palestinian Authority police. Police raided the homes of the suspects and discovered PA police uniforms, as well as weapons and large amounts of cash. All were taken into custody and questioned, and police are set to ask the courts to extend their remand until the end of proceedings against them.

Israeli Police said that the arrests were made after an extensive investigation. Some of the suspects were receiving salaries from the PA, and at the same time receiving transfer payments from Israel for unemployment or disability conditions. Police say that the group was recruited by a ringleader, and that the group engaged in activities that involved intimidation of Arab residents of Yerushalayim, among other things.

The arrests followed the arrest Saturday night of Adnan Jit, the Palestinian Authority’s “governor of Yerushalayim.” Jit, according to media reports, was responsible for the arrest of Issam Akel, an Arab resident of the city who was nabbed for attempting to sell property to Jews who is still being held in Ramallah. The penalty for selling land to Jews in the PA is death, but Akel’s sentence has been held up because he is a dual Israeli-American citizen, officials said.

Israeli Police said they would continue to act in a determined manner against Israeli residents who collaborate with the PA. Such collaboration is illegal, and in addition to a violation of the law, the activity that this group engaged in “directly harmed the welfare and security of Israeli Arabs.”