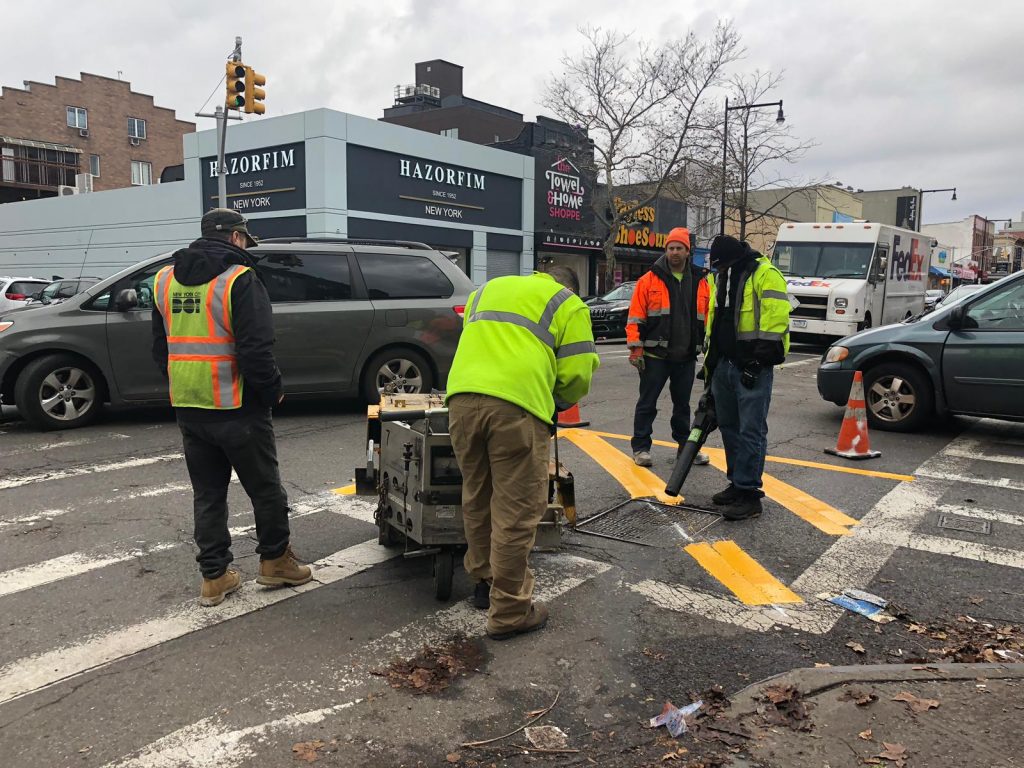 Workers were seen repainting in yellow the intersection of several streets which turn into 13th Avenue on Monday morning to indicate a ban on sharp turns.

A Department of Transportation crew working on 13th Avenue and 45th Street did not offer additional information when a BoroPark24 reporter approached them. But the yellow-and-orange jacketed workers were seen on other intersections as well, repainting the avenue.

Drivers will need to go further out into the avenue before making the turn.&

The ban in presumably part of Mayor Bill de Blasio’s Vision Zero program to combat traffic accidents. It has led to lower speed limits, longer waits before the light turns green, and now a ban on sharp turns onto Boro Park’s main boulevard.