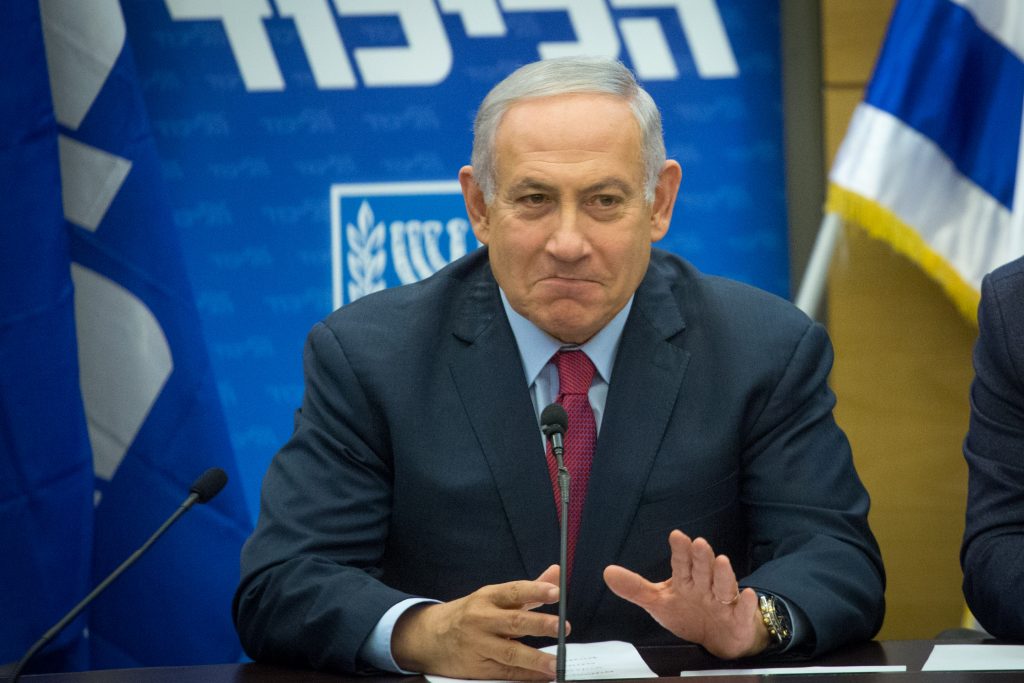 Israeli Prime Minister Binyamin Netanyahu on Monday hailed the ongoing visits to Yerushalayim of foreign leaders as proof that Israel can find acceptance in the world without giving up the Jewish presence in Yehudah and Shomron.

“We are opening up the world,” the prime minister declared to a meeting of his Likud faction on Monday. “Israel is enjoying unprecedented diplomatic flourishing, including in the Arab world… and the Muslim world,” he said.

PM Netanyahu stressed that unlike other Israeli leaders who sought to improve Israel’s international standing with “dangerous concessions, including uprooting communities” such as Gush Katif, his policy has been the opposite.

“That hasn’t happened — and won’t happen — with me,” Netanyahu said. “The exact opposite is happening. We are getting the world’s support, including by many in the Arab world, through our strong and steadfast standing.

“We believe in peace out of strength, we believe in alliances born out of Israel’s value as a technological, financial, defense and intelligence powerhouse,” he added. “That’s what we will continue doing, and that’s also how we’ll achieve peace.”

PM Netanyahu’s remarks came while Czech President Milos Zeman and Chadian President Idriss Déby were visiting Israel. On Sunday, Déby said that he wishes to restore diplomatic relations with Israel; and on Monday, Zeman said that he hopes his country will move its embassy to Yerushalayim.

Netanyahu said that Déby had invited him to visit Chad and that he had “happily” accepted the invitation.