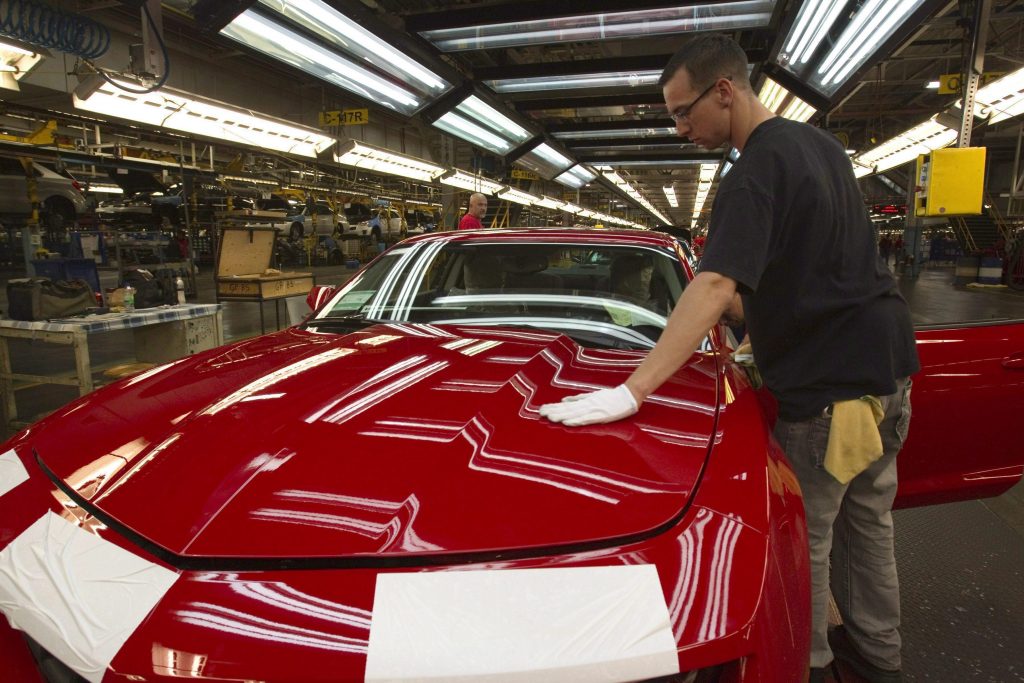 General Motors will lay off 14,700 factory and white-collar workers in North America and put five plants up for possible closure as it restructures to cut costs and focus more on autonomous and electric vehicles.

The reduction includes 8,100 white-collar workers, some of whom will take buyouts and others who will be laid off. Most of the affected factories build cars that won’t be sold in the U.S. after next year. They could close or they could get different vehicles to build. They will be part of contract talks with the United Auto Workers union next year.

The salaried reductions amount to 15 percent of GM’s North American workforce out of 54,000. At the factories, 3,000 workers could lose jobs in Canada and another 3,600 in the U.S. Some U.S. workers would transfer to truck and SUV plants where GM is increasing output, the company said.

GM, the largest automaker in the U.S. and which includes the Chevrolet, Buick, Cadillac and GMC brands, said the moves will save $6 billion in cash by the end of next year, including $4.5 billion in recurring annual cost reductions and a $1.5 billion reduction in capital spending.

Those cuts are in addition to $6.5 billion that the company has announced by the end of this year.

GM doesn’t foresee an economic downturn and is making the cuts “to get in front of it while the company is strong and while the economy is strong,” CEO Mary Barra told reporters.

Barra said GM is still hiring people with expertise in software and electric and autonomous vehicles, and many of those who will lose their jobs are now working on conventional cars with internal combustion engines.

Barra said the industry is changing rapidly and moving toward electric propulsion, autonomous vehicles and ride-sharing, and GM must adjust with it.

The company, she said, has invested in newer architectures for trucks and SUVs so it can cut capital spending while still raising investment in autonomous and electric vehicles.

GM has offered buyouts to 18,000 retirement-eligible workers with a dozen or more years of service. It would not say how many have accepted the buyouts, but it was short of the company’s target because GM said there will be white-collar layoffs.

The company expects to take a pretax charge of $3 billion to $3.8 billion due to the actions, including up to $1.8 billion of asset write-downs and pension charges. The charges will take place in the fourth quarter of 2018 and the first quarter of next year.

The factories up for closure are part of GM’s effort “to right-size our capacity for the realities of the marketplace,” as consumers shift away from cars to trucks and SUVs, Barra said.

Among the possibilities are the Detroit/Hamtramck assembly plant, which makes the Buick LaCrosse, Chevrolet Volt, Cadillac CT6 and Chevrolet Impala, all slow-selling cars. LaCrosse and Volt production will end March 1, while CT6 and Impala production would stop June 1.

The plant in Lordstown, Ohio, which makes the Chevrolet Cruze compact car also is on the list, and Barra said the Cruze would no longer be sold in the U.S. Production would stop March 1.

Meanwhile, GM’s plant in Oshawa, Ontario, will stop making the Impala, Cadillac XTS and 2018 full-size pickups in the fourth quarter of next year.

Barra said tariffs on imported aluminum and steel have hit the company, but she stopped short of saying they had anything to do with the restructuring.