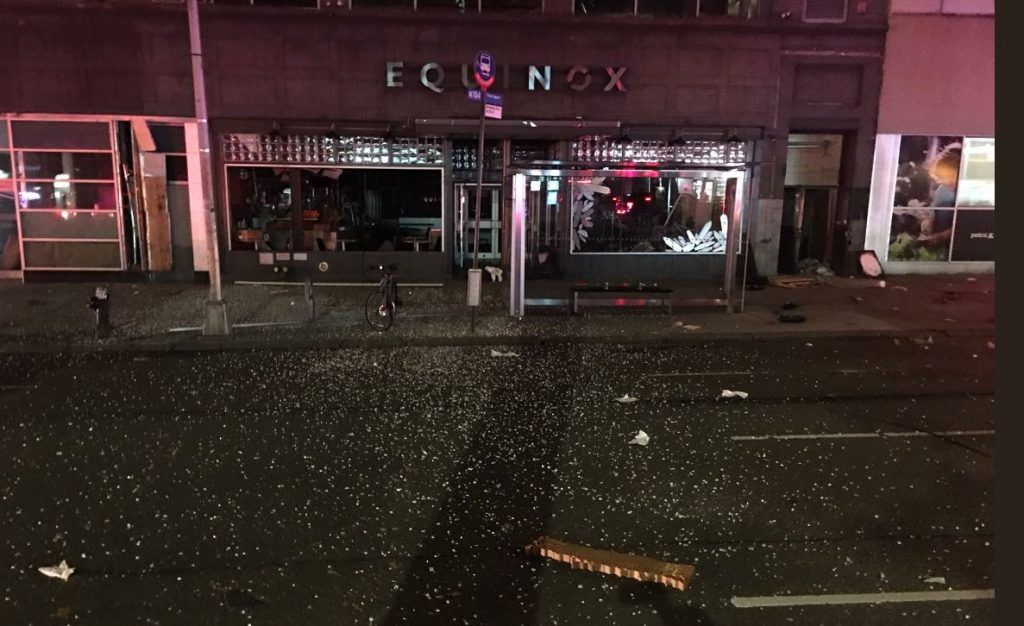 Fire department officials say a gas explosion blew out the first-floor windows of a health club in Manhattan.

The New York City fire department said no one was injured from the blast late afternoon Sunday afternoon at the Equinox gym on the Upper West Side.

Firefighters had initially responded to a report of a smoking transformer when they discovered a gas leak. They evacuated about 90 people from the gym and from a residential building and also blocked off traffic from the area before the explosion occurred.

Con Edison responded to the scene to shut off gas lines and investigate the cause of the explosion.