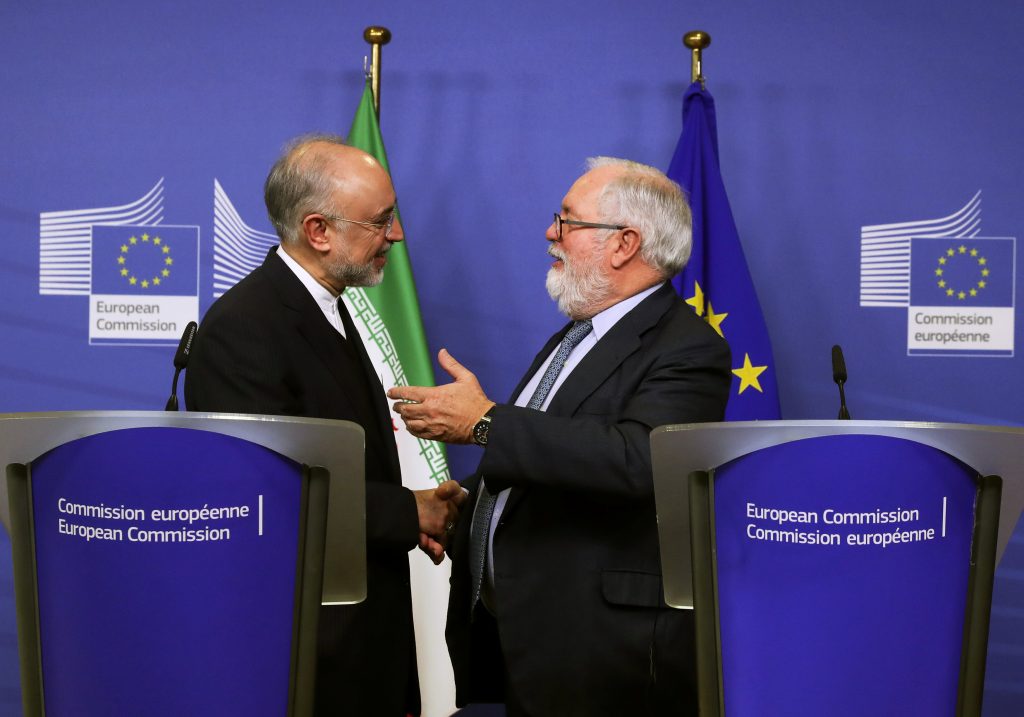 The European Union and Iran are affirming their support for the international nuclear deal and say they aim to keep it alive despite U.S. President Donald Trump’s decision to abandon the landmark pact.

Ahead of EU-Iran talks on civil nuclear cooperation in Brussels Monday, EU Energy Commissioner Arias Canete said the deal is “crucial for the security of Europe, of the region and the entire world.”

He said the agreement curbing Iran’s nuclear ambitions is working and that “we do not see any credible peaceful alternative.”

Iranian Vice-President Ali Akbar Salehi said, “I hope that we can enjoy the niceties of this deal and not let it go unfulfilled.”

Should the deal break down, he said, it would be “very ominous, the situation would be unpredictable.”