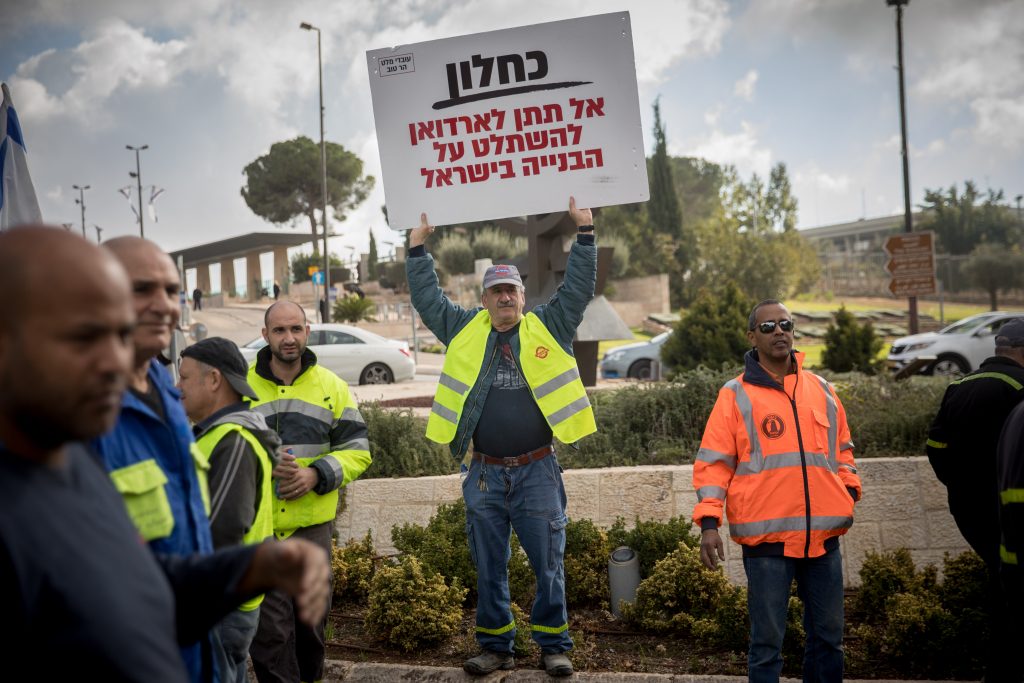 For the second day in a row, workers in Israel’s cement industry were blocking key roads in protest over the government’s recent decision to allow more Turkish and Greek cement into the country. Workers on Monday morning blocked the Ayalon Expressway near the Kibbutz Galuyot exit, close to the center of the city, and resulting in long delays for commuters seeking to get to their jobs. Police were redirecting traffic as they attempted to remove the workers. On Sunday, the workers blocked Road 1 at the entrance to Yerushalayim, causing major traffic jams both into and out of the city.

Most of the cement in Israel is produced by a company called Nesher, which government anti-trust officials said had a near monopoly on cement production in Israel. Officials were also not paying attention to the company’s pricing policies, State Comptroller Yosef Shapira said in a recent report, and as a result the price of cement in Israel is higher than in many other countries.

As a result, the government is set to impose a duty on foreign cement in order to bring the price closer to that charged by the Israeli firms, in a decision that is slated for Monday.

Nesher, along with the Har-Tuv cement company, filed a complaint saying that importers were flooding the Israeli market with cheap cement, being sold below the cost of production in order to drive them out of business. Officials of the importing companies said that since a decision several years ago to increase cement imports, prices had fallen 30 percent.

In their protests, workers said that the importation of Turkish cement “endangered national security,” and that it was not befitting for Israel to benefit the Turkish economy, considering the negative attitude of Turkish President Erdogan to the country.